So, what have I been up to?

I did something. I don't know what. But I can't log my workouts on Dailymile -or any other place that is not Garmin Connect for that matter- anymore.

For a while now I have been searching for a solution but ever since Garmin made a major update to their site and overall software to bring in their latest and greatest watches, I can't log my workout outside of their site. What's worse, it seems to be a problem with my model of GPS watch (FR 410) which kind of gives me the impression that they have stopped supporting the watch altogether. I could be wrong. It could be that I just haven't figured it out but I switched computers recently and took the opportunity to do a clean install of everything needed to make the watch work and still, no dice.

So, if you are my friend in Dailymile and you read that I haven't done any running in three months, it's a lie! Nothing wrong with Garmin Connect and I love the new interface and tools but I like the social aspect of Dailymile better and I kind of miss it.

While it hasn't been three moths since my last run obviously, I did take a small break, if you can call it that. A week after the Philly Half, I did a 3 mile run where my knee exploded in pain. I limped the entire first mile. It got better after that but it reminded me that I still had some healing to do so I decided to not run for a week or two and let the knee do it's thing. The problem with taking a "training vacation" is that all those things you had pending because you were training, are now in your face ready to be done. Oh, and your spouse is more than happy to remind you of all the stuff that has to get done, "you know honey, since you're not running..."

So the last 3 weeks, amidst all the Christmas shopping and decorating, I have been battling with the roof of our home, applying sealant to it so it hopefully won't leak. Hasn't been easy. Ironically, I pulled a hamstring while doing it. I can do that while training you know? 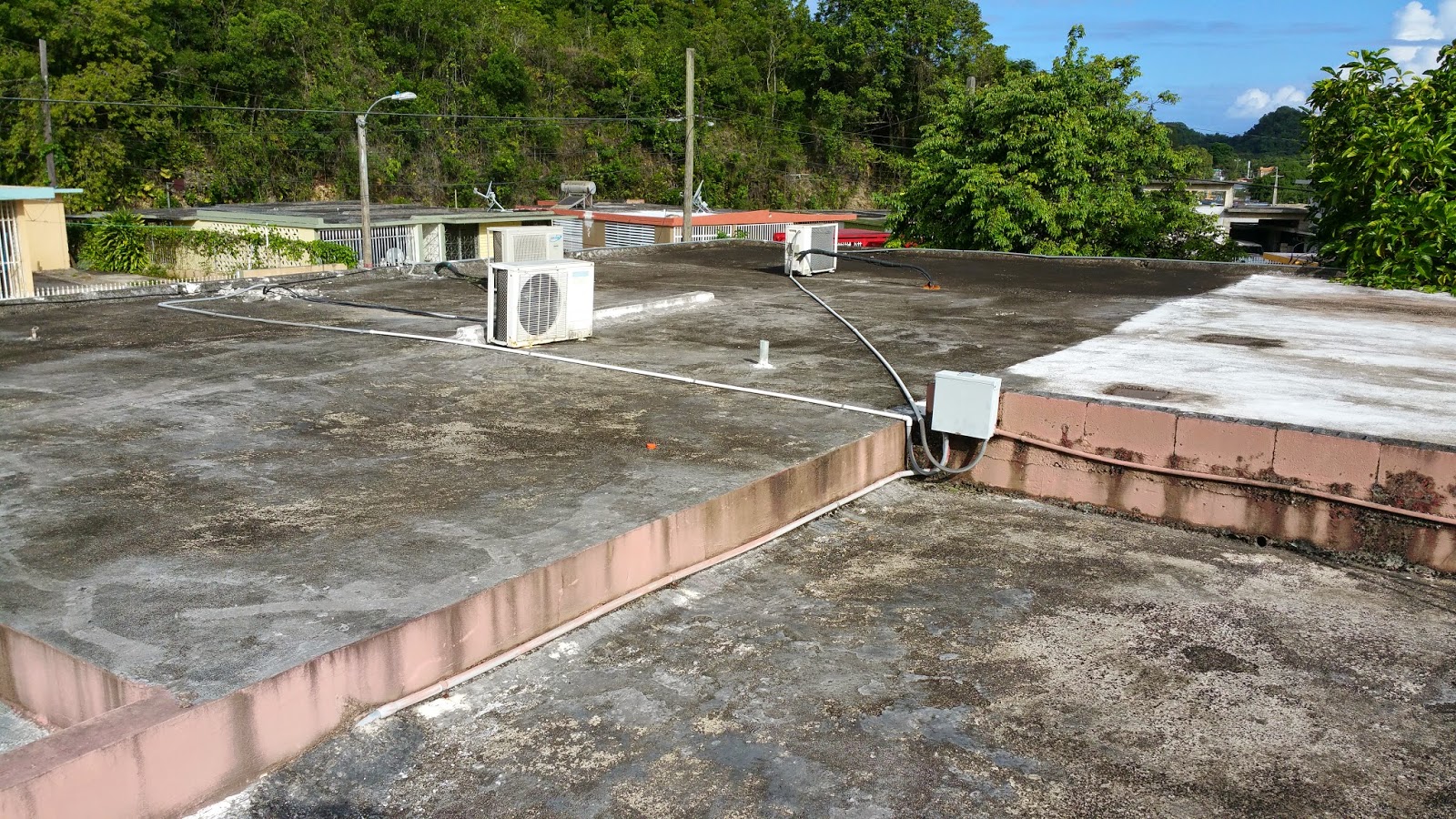 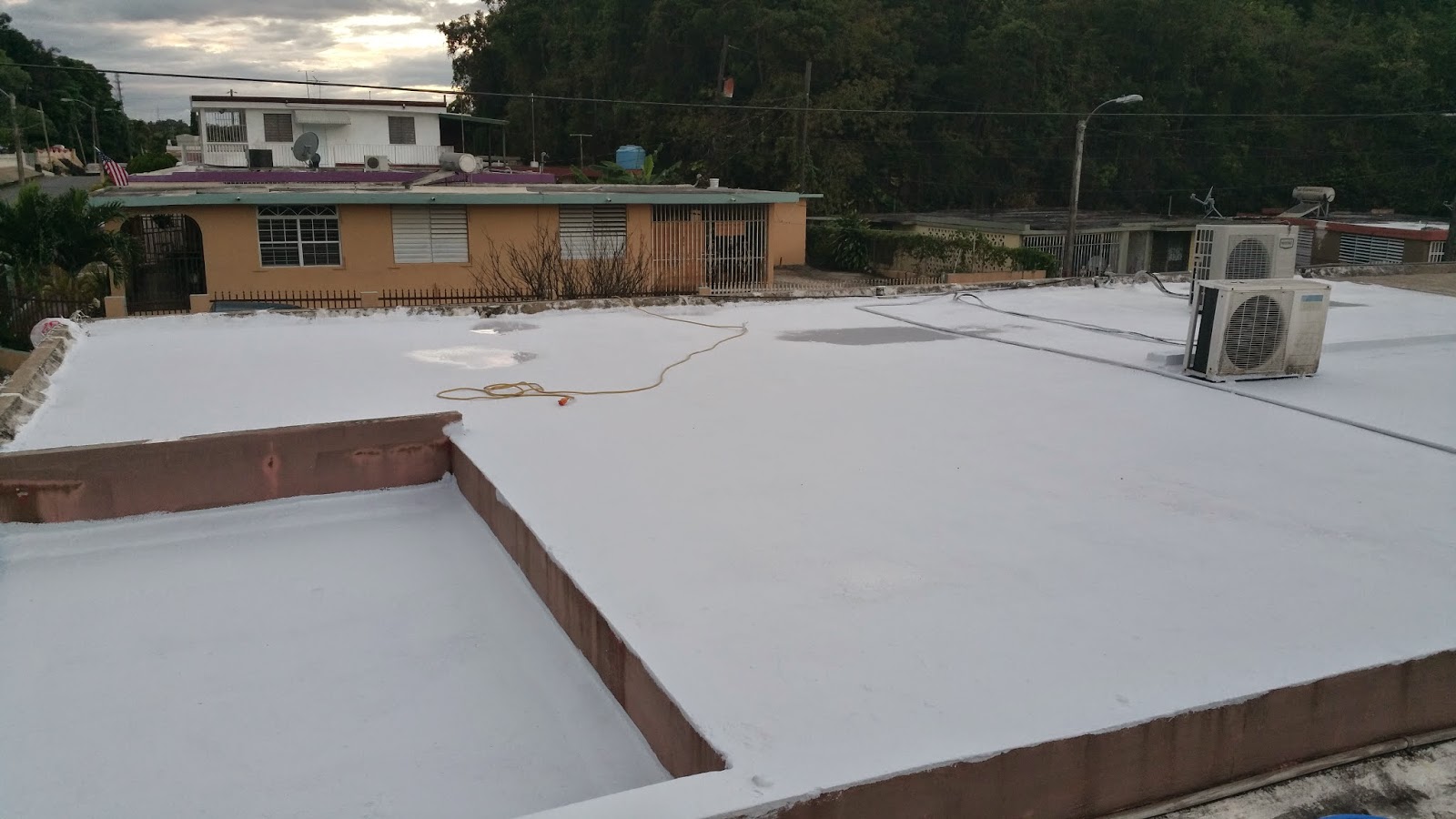 We also put the tree up of course! 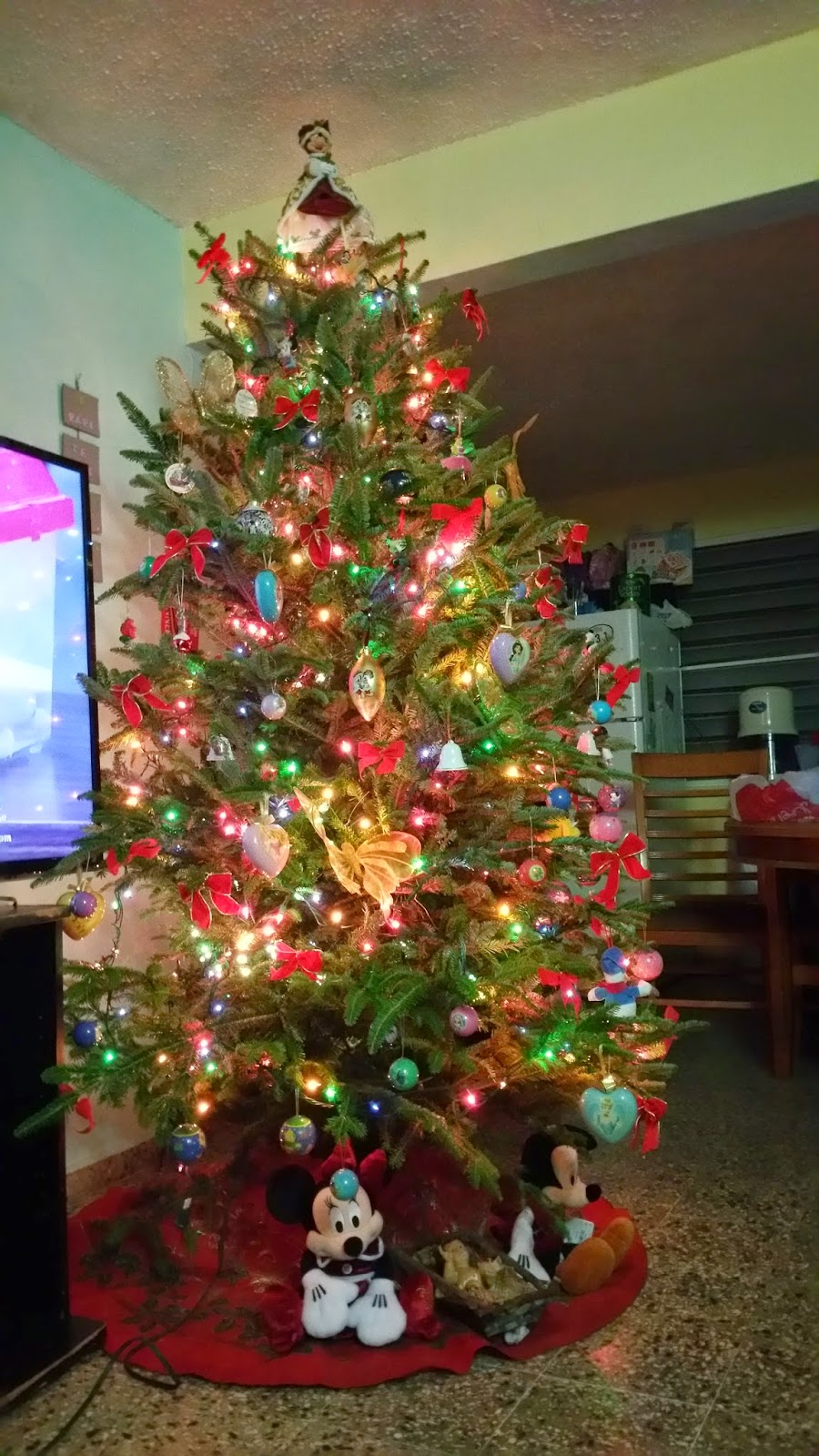 So the roof is fixed, so now we can paint inside. Our daughter's rooms needed it pretty badly as the paint was literally falling off the ceiling because of the leaks. And, since we were in there, Veronica, the middle child, needed her bed to be converted from toddler bed to twin as she hardly fit in there anymore. And well, since we had to do all that, why not make it over altogether... 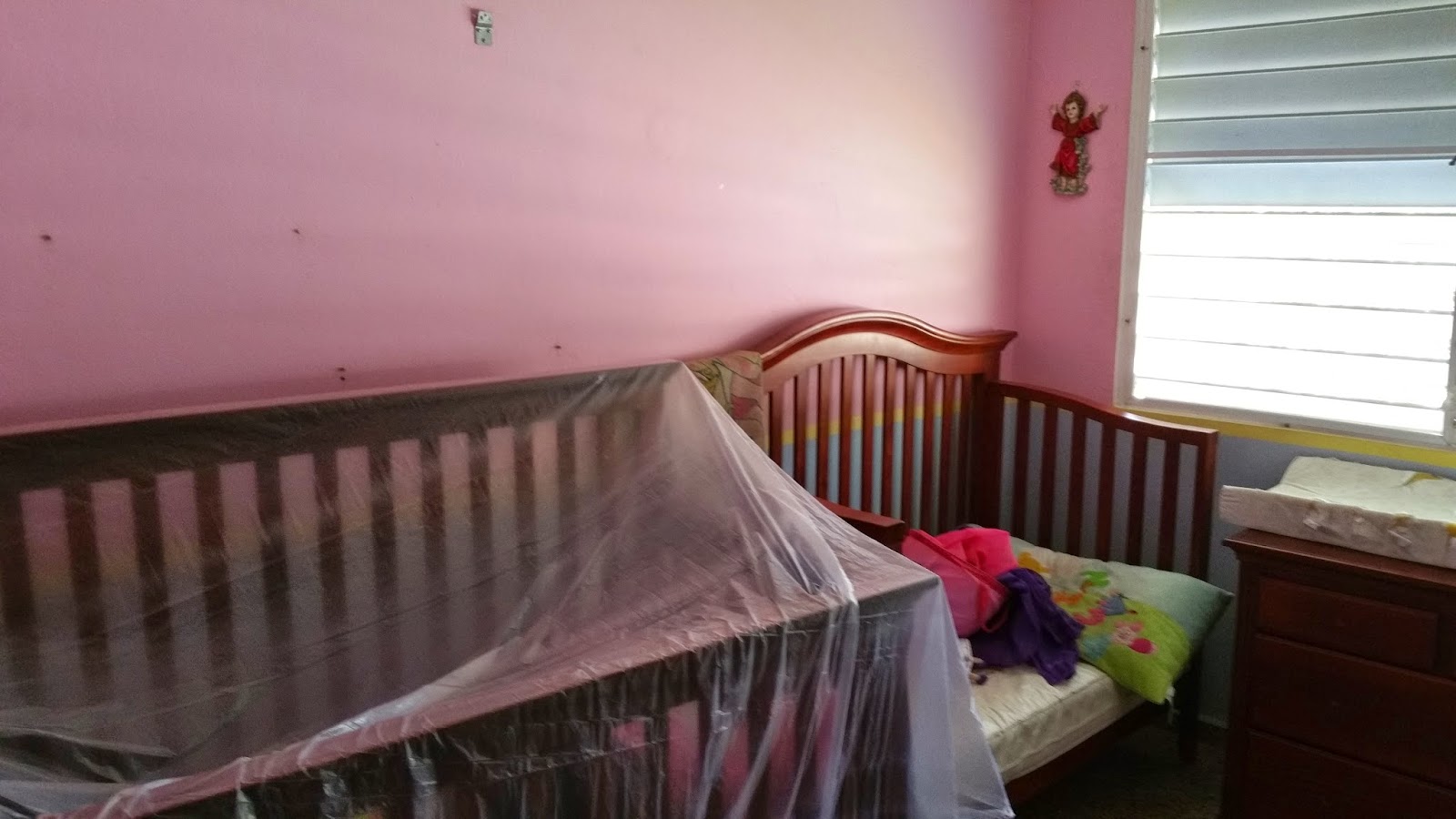 Right before starting the job 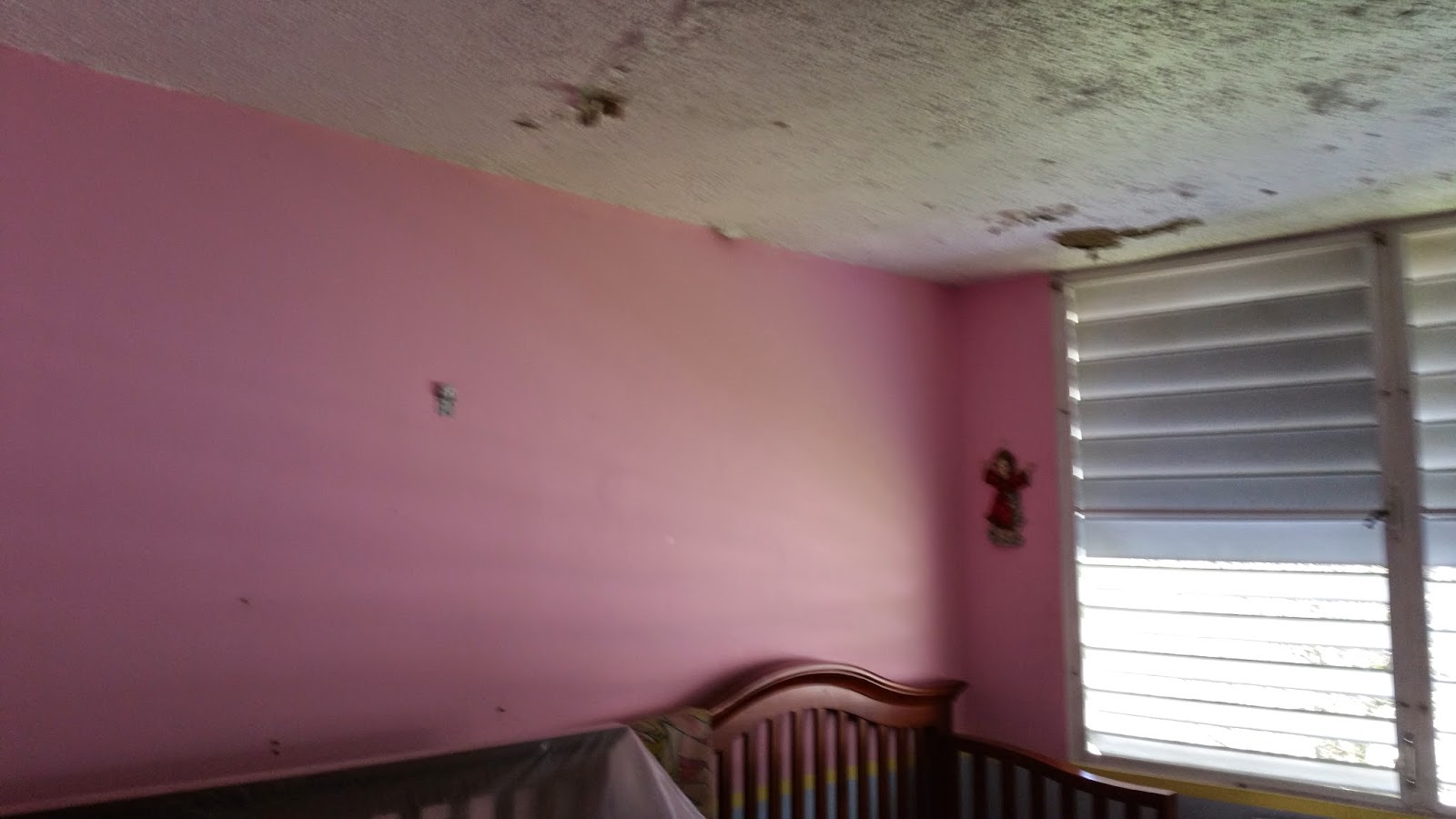 Check out the ceiling. Yuck!

Sometimes, I even amaze myself. It took two days, but we went from "Princess Room" to "Anna and Elsa Wonderland". (Emphasis on Anna) We still had some things to do when I shot this video but you get the idea.

My daughter, is ecstatic. She can't stop talking about how happy she is with her new bed and room. Seriously, we can't get her to shut up. And the oldest is now complaining about when will I paint her room (emphasis on Elsa) so still not out of the dog house but still, it was nice to see her reaction. All I gotta say is, I hope this Frozen thing lasts a lot longer because after I do my oldest daughter's room I am not doing one of these again for a while.

The good news is that the time spent "resting" seems to have been for the better. The knee feels OK and I will probably be up and running this week. it doesn't hurt when I bend it anymore but it does still hurt when I crouch (as I painfully found out on the roof).