Being in Philly, it would be very easy for me to simply go on a Cheesteak crawl, then go to a couple of Pretzel stands, report back to you and just call it day.

But the truth is, even though I visited Philly this weekend for the race, I actually lived here many years ago. Well, I lived in Lancaster, but the office I worked at was in Norristown, very near the city so this is not new territory for me. Which means I already had my "cheesteak competition" phase were I defended my personal steak joint as the best ever.(It was Jim's Steaks in South Street) I already debated endlessly on the Pat's or Geno's endless controversy (They are both awesome by the way) and I sadly missed the advent of newcomer Tony Lukes. But when it comes to Philadelphia's iconic sandwich, I have truly been there, done that. No, my pursuit on this trip was more of a personal nature and oddly enough, has nothing to do with Philly. I was in a passionate search for Ramen. As in Ramen Noodles.

Allow me to explain. Not too long ago, I saw a PBS show on Netflix called The Mind of a Chef. In it's first season, it explored the craft and mind of David Chang a chef who literally exploded in the New York City food scene with his restaurant Momofuku and then Ssam Bar, Milk Bar and Ko. It's not every day a chef changes the way a whole scene works but that's what Chang did. And it all started with his passion for Ramen Noodles.

In the show, Chang travels to Japan, where he visits several Ramen joints and many of the places that make the ingredients required for Ramen (like the aforementioned noodles). I have been mystified by Japan and it's culture for quite some time so seeing the method that goes behind making this seemingly simple dish totally caught my attention. I had to have some Ramen and I had to have it now. Not to mention try to make it but that's another issue altogether.

Thankfully, Philadelphia is close enough to New York to be in the path of the shock wave that Chang created and sure enough, this city went through it's own "Ramen Revolution" of sorts a couple of years back, with many places springing up and some of them surviving and thriving well after everything settled down. The main reason for that being that Philly has a pretty vibrant Chinatown so the market for Asian food is always there. Good news for me. So after much research, I settled on Terakawa Ramen as the place to go and I'll be forever grateful I did. 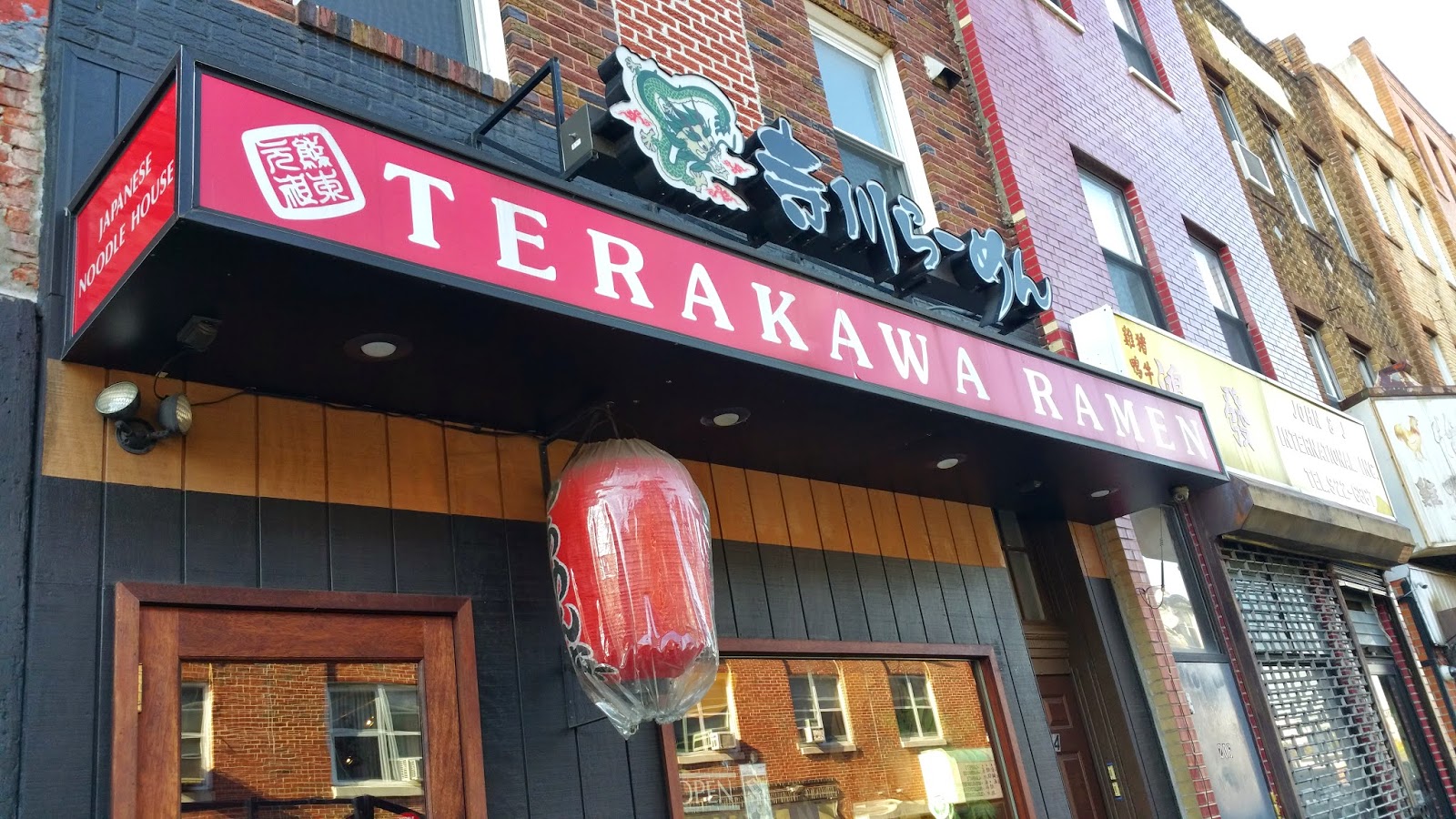 Right off the bat, I fell in love with the place. Small and cozy, with the simple, elegant lines that define Japanese decor. I just wanted to stay there forever, although it was not possible with the line of patrons waiting at the door that wanted to enjoy the same thing I did. 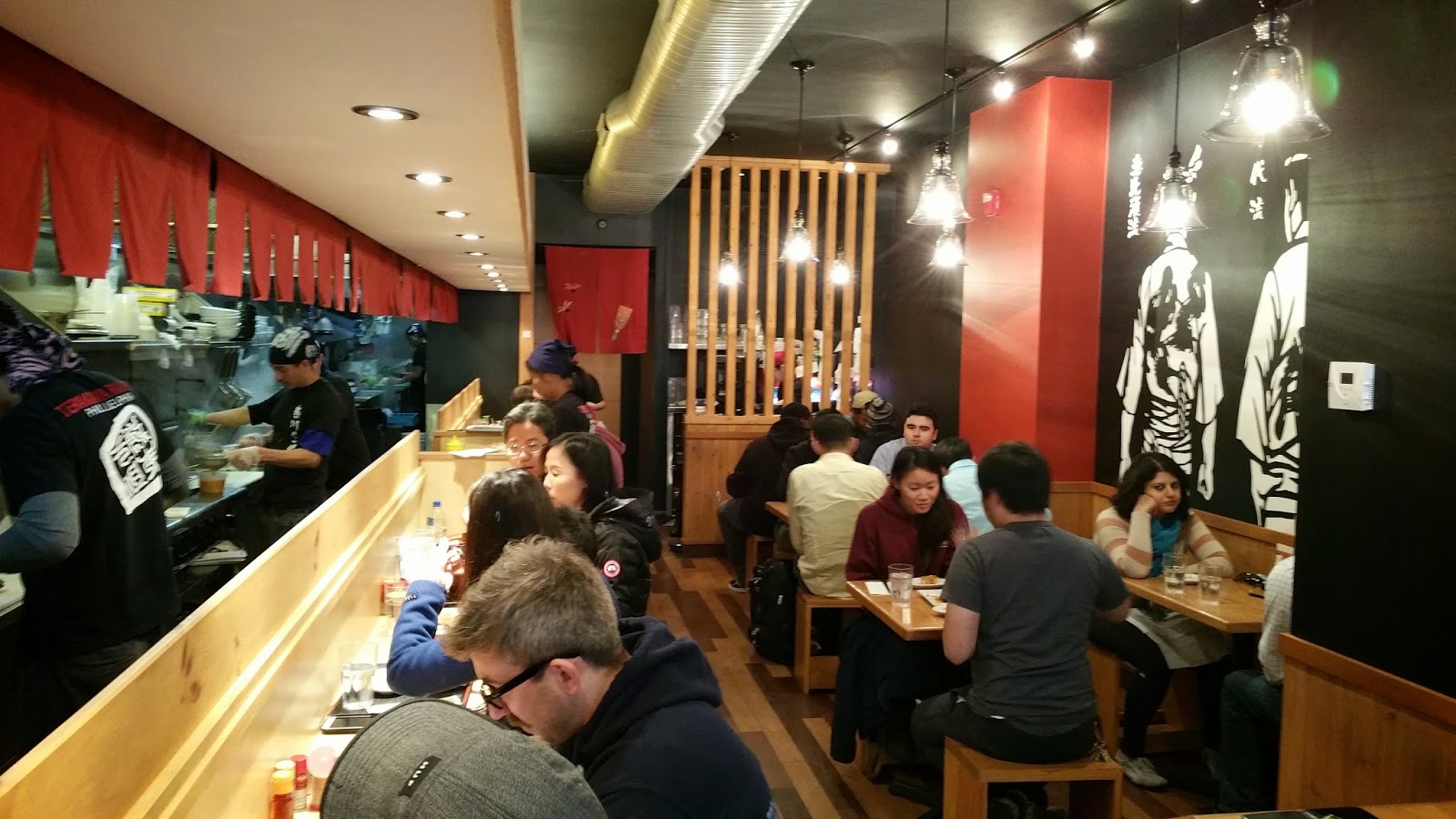 I'll be forever sorry I had no time to explore more of the menu. I really wanted to try the Pork Buns (part of the Chang explosion I was talking about) among other things but I guess I'll just have to come back. While they have a signature Terakawa Ramen bowl, I decided to go for the traditional Shoyu (soy) Ramen that started it all. 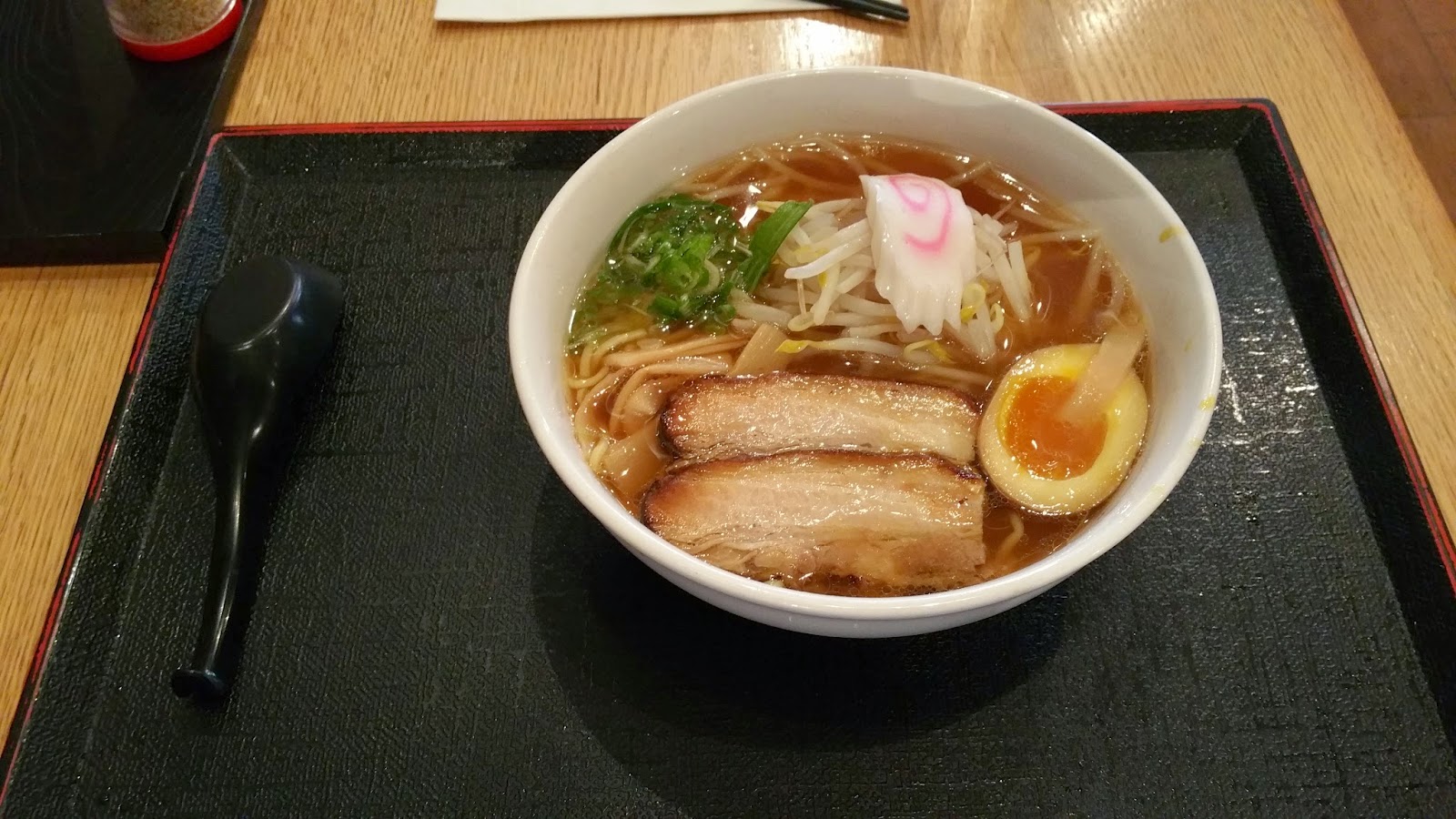 I'm gonna try, very hard, to put into words what the above bowl of incredibly yummy goodness tastes like but I'm gonna fail. There are no words. There are moments where everything in the universe comes together for an experience that you will never forget. I was trying something new. I was carb loading. I was cold. Then, I had some Ramen and suddenly everything was fixed. The broth, to put it in a single word: perfection. Savory and not too salty as you would expect from something called Shoyu. It was divine. Then the noodles. Toothsome and exactly what I needed pre-race. Piping hot, this dish warmed me up and made me feel so good inside. And the toppings.. the bamboo shoots, bean sprouts and fish cake (the white slice with the pink swirl)... all good. But the pork. Oh my, the pork.

Those two slices of majestic awesomeness (you can order extra, which I should have) literally melt in you mouth the second you put them in there. I could have eaten about a truck-full of the stuff. And I forgot the egg. A Ramen staple. Soft-boiled and marinated in soy sauce. I can see some people having trouble with the texture of it but the creaminess explodes in your mouth.

Yes, I just wrote an entire post dedicated to a single bowl of Ramen but that's just how we roll here at The Fat Runner and the next time you are in Philly you should definitely check this place out. It's something totally different and worth your time. They even have vegeterian versions of both the Miso and Shoyu Ramen. Don't be surprised if I write about making this dish in the future. It's that good.
Posted by Unknown at 3:41 PM