OK, so the day before crushing every single PR I had done, I actually had to go pick up my bib and stuff at the Expo which was held at the Philadelphia Convention Center. 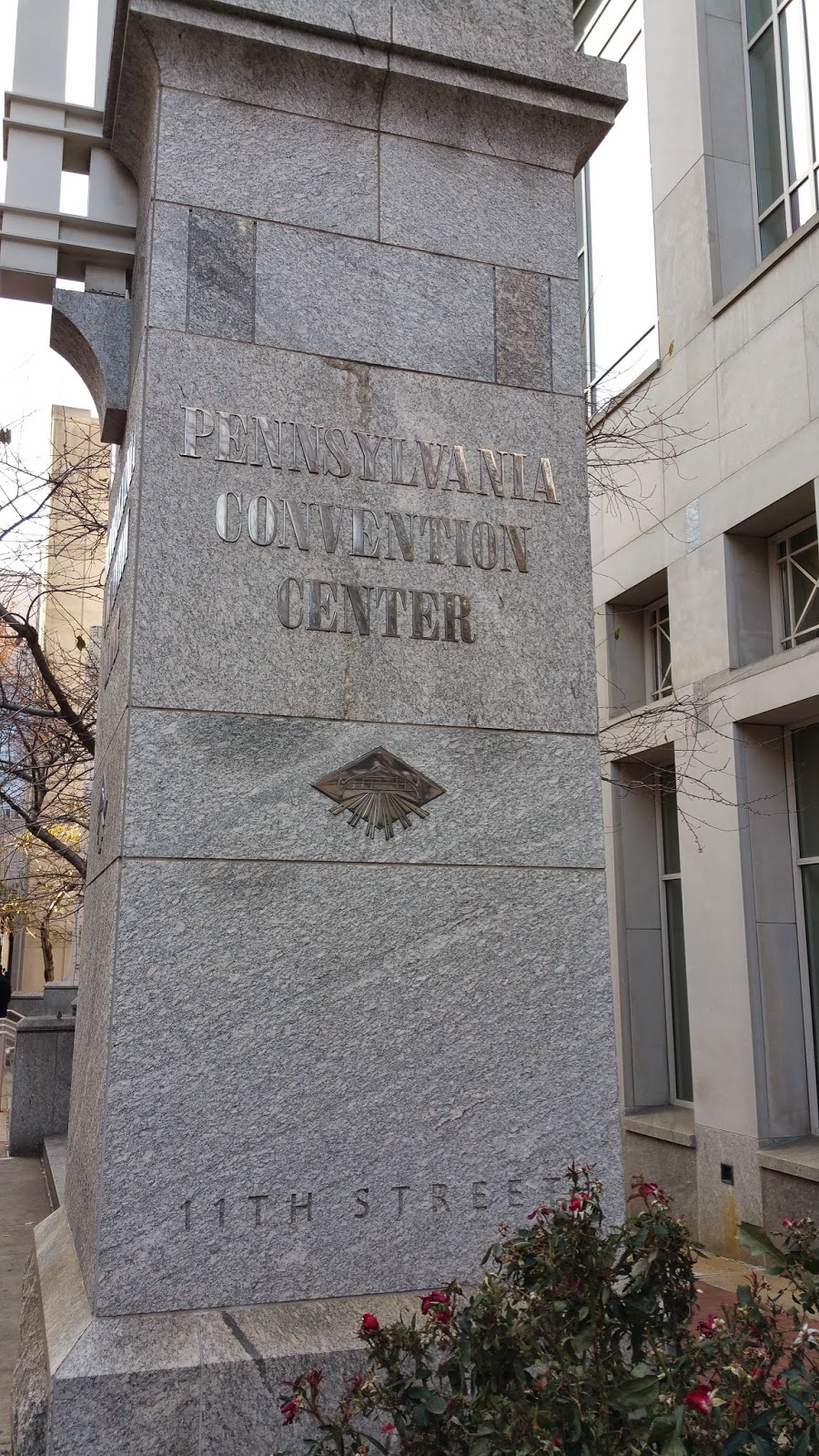 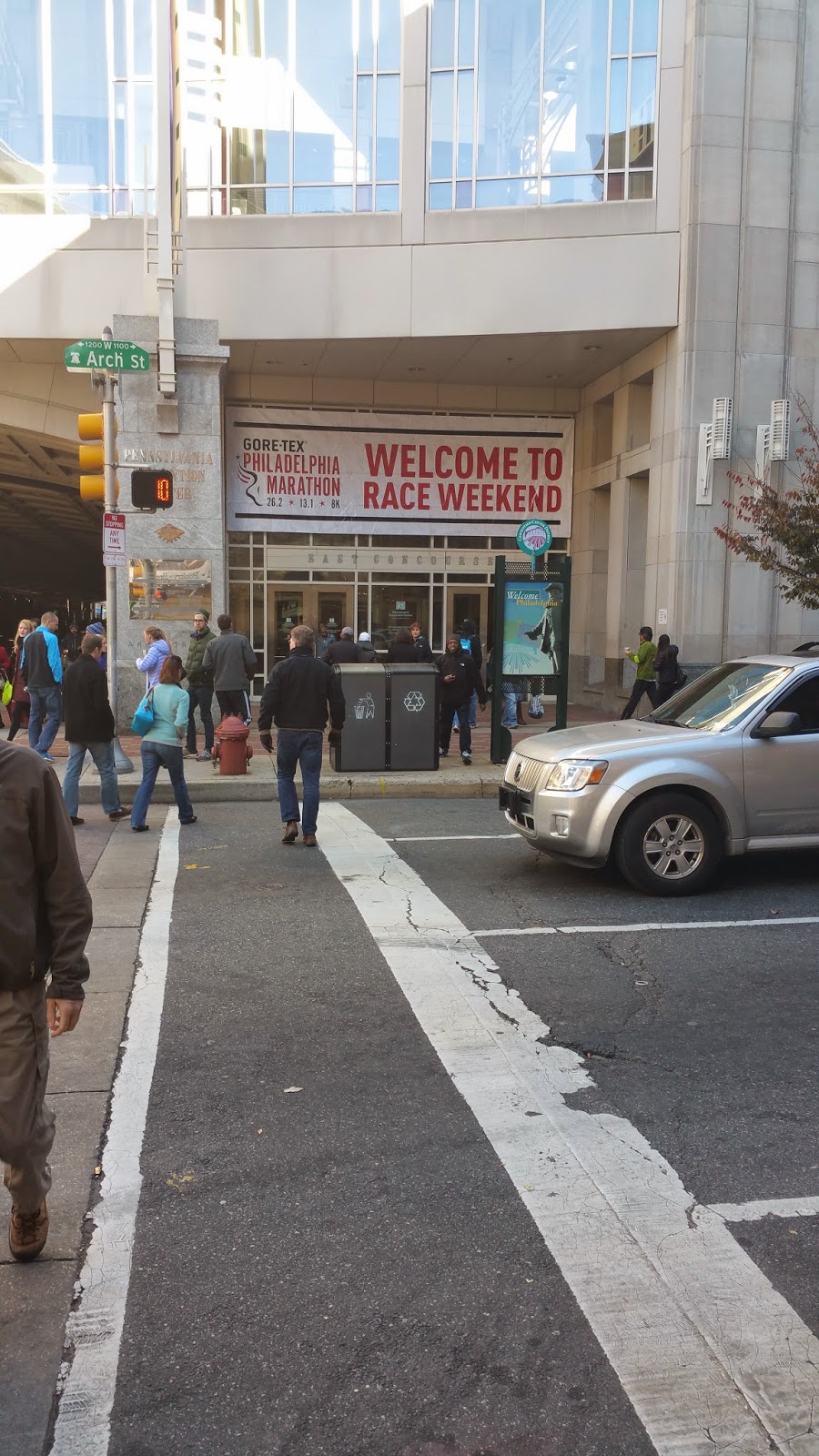 While not as big as, say Disney, it was certainly big enough, with plenty of vendors and a pretty large section dedicated to race merchandise which was pretty cool as well. I like the "flying shoe" logo of this race. I only bought a shirt for my wife and a shirt for me along with a mug and my first official 13.1 sticker (technically a magnet) and a pin. OK, so maybe I bought a few things. And the mug is now "my" mug. You know, the daily coffee mug. 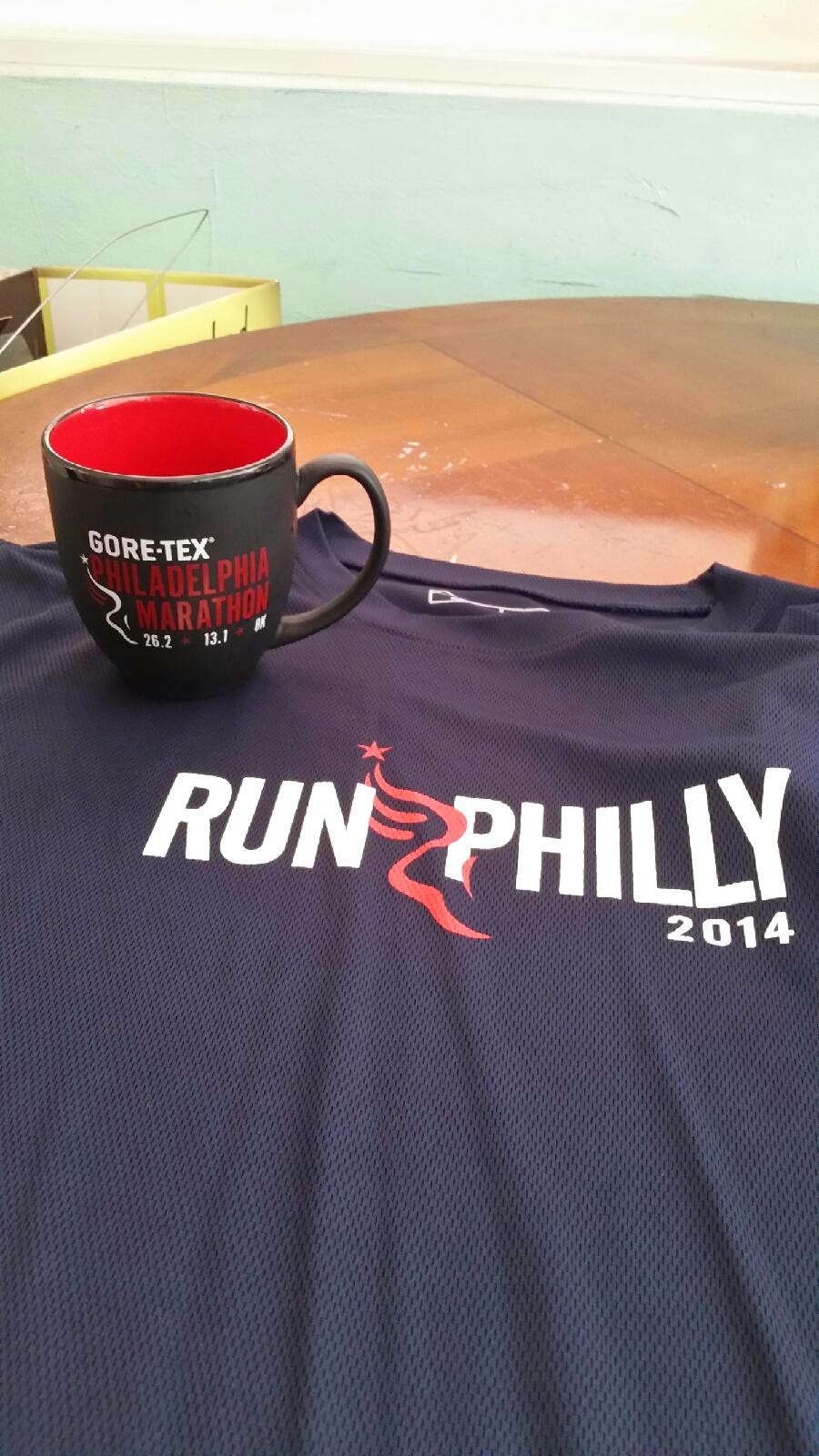 The bib pick-up was very good and I did not have to wait in line at all. Just walked up to the table, got my number, then got my shirt and bag at the other. No fuzz. The race shirt was pretty cool too. It has the route in the back which kind of, sort of, looks like the race logo.

I don't know if it was intended or by accident, but the bigger international brands like 2XU and Fitletic had a smaller presence while the local shops had pretty big booths with the exception of Gore-Tex which, being the main sponsor had a huge section right in the middle. Intentional or not, I thought it was cool to give the local shops more space. One of them had a sale on GU's that created a line out the door.

Along with the vendors, there was also a booth were you could drop your old running shoes for charity. I left three pairs there, including my very first pair of Beasties and the Girlies (end of an era). This was awesome because I'm often left with shoes that are otherwise in great condition but I just can't run in them anymore and I don't want to just throw them out. It seems like such a waste. Just to give you an example, I gave away three pairs and I was still left with the ones I had on at the Expo, the ones I'm running in right now and the pair of Beasties I ran the Disney Marathon in, which I'm way too sentimentally attached to to throw away. Clearly, more than I can handle. More Expos should have this.

Also, they had speakers and seminars throughout the day and wouldn't you know it? Olympic gold medalist Bill Rodgers was talking while I was there. 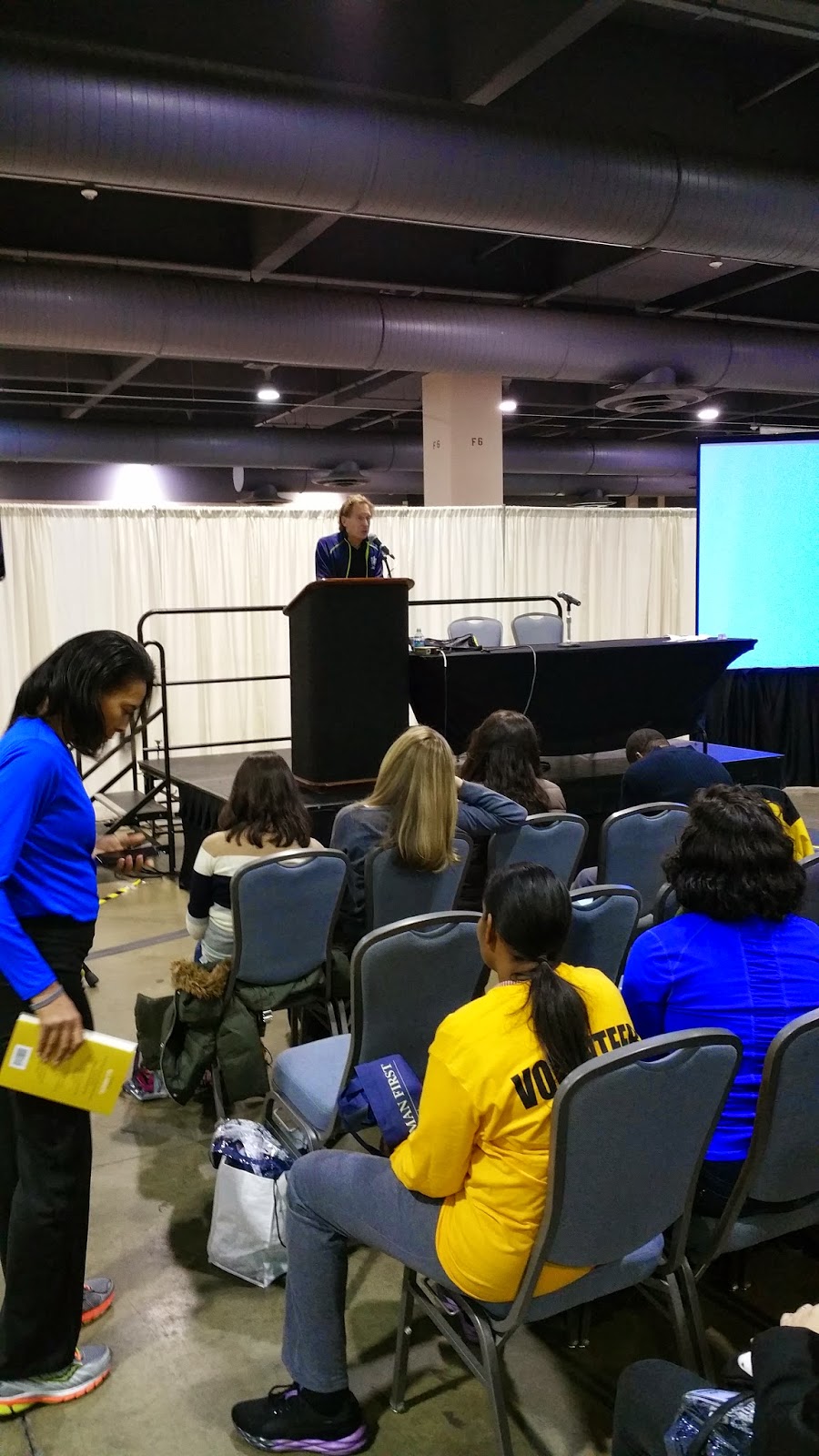 He was doing more of a Q & A with the crowd and joking around but it's not everyday you get to see a gold medalist. He did say one thing that struck me even though it's pretty obvious: "Marathon is a cold weather sport." How prophetic those words turned out to be.

Saving the best for last, I also got to meet Sarah who writes the blog Sparkly Runner. We had been e-mailing before the weekend hoping to meet up and sure enough we ended at the expo at the same time. Sarah had just gotten out of a leg cast a few weeks ago but her boyfriend was running the Half. I know how hard this was for her but she has been making great progress and I know she will be up and racing very soon.

We talked for a while, mostly about Disney racing (what else?) and her boyfriend Matthew gave me some pointers regarding the course. They are both awesome people. Hopefully I get to meet them again at a Disney race. Or any race. Or any time for that matter. lol 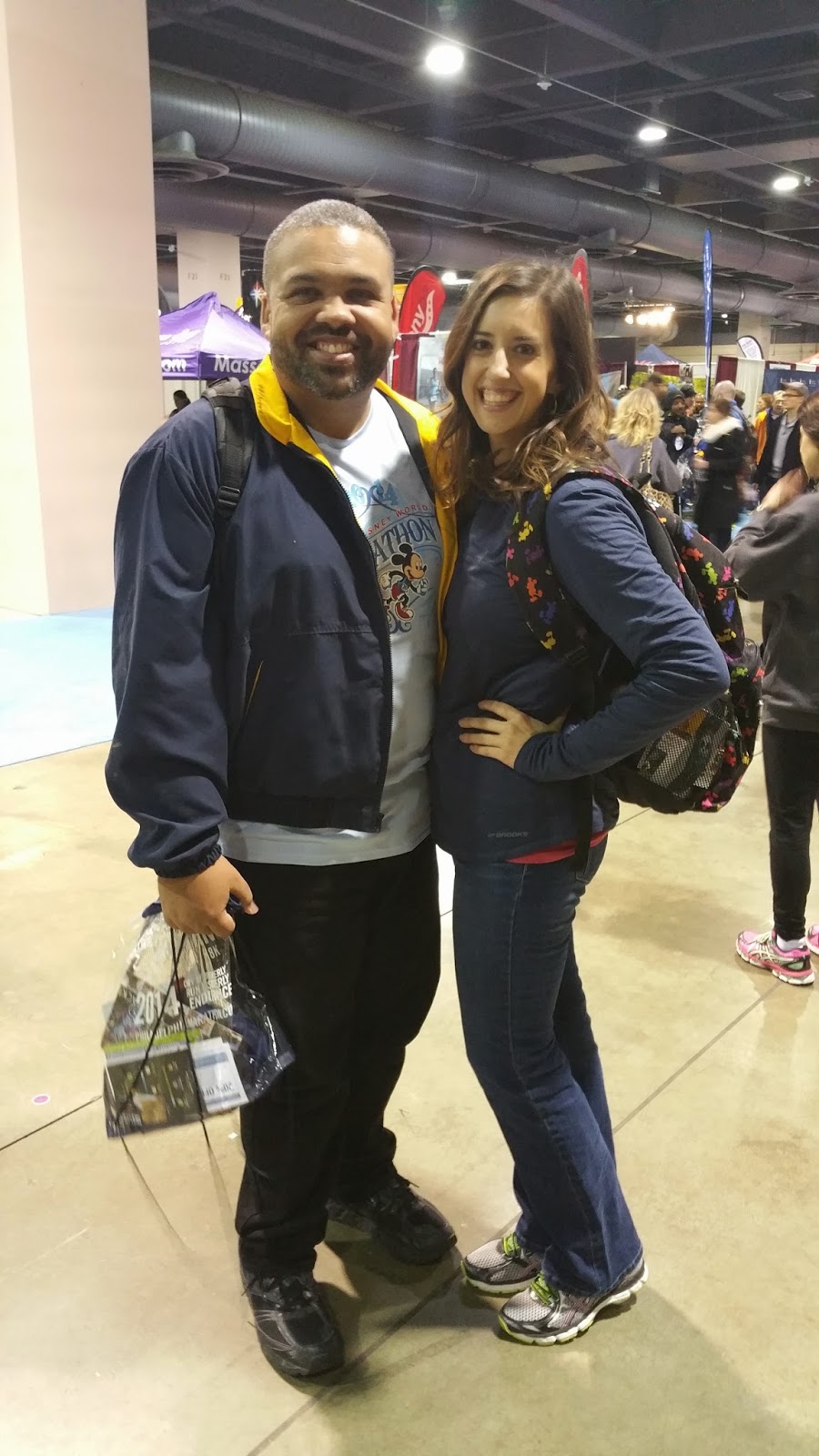 Just as I was leaving the Expo, I saw my friend Al who after picking up his stuff took me to lunch at Reading Terminal Market, an awesome place I will talk about in my next post.