A couple of days ago I was talking to my brother about this race. He said that once you do a race three consecutive  times, then you can say: " Oh, that race? Yeah, I run it every year." And so it is, that I continue what is now my yearly tradition of running Popular Bank's 5K, which was my first race ever back in 2012. How time flies...

What doing something repeatedly also affords you, is the ability to rate it with some degree of accuracy so, after running this race three times, I think I can honestly say this: I kind of hate this race. 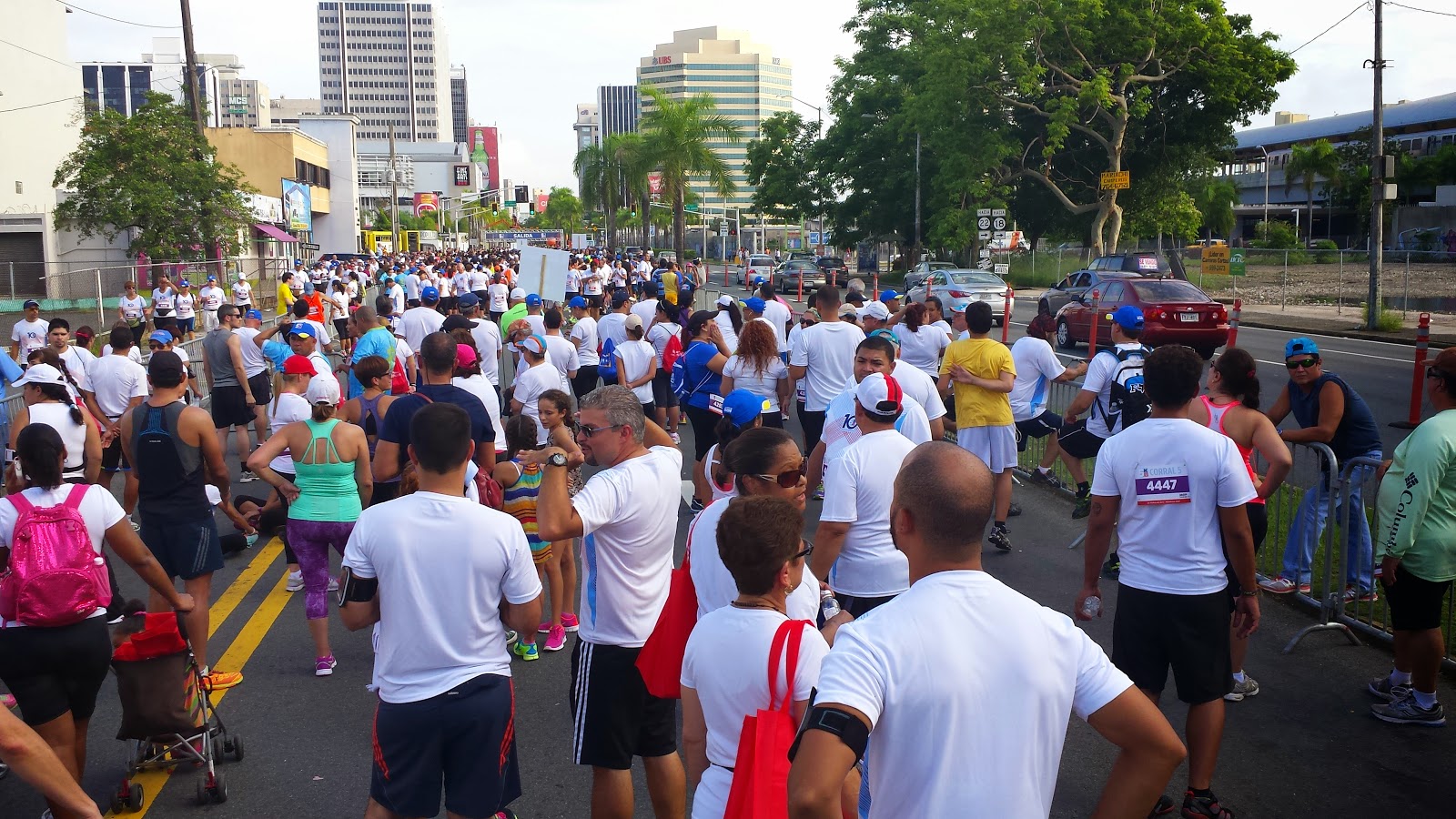 Life in the last corral.

It's really more of a love/hate relationship. Being my first race ever, there is no way to not look back at this race with fondness and memories of how, despite my horrible finish time, it made me look ahead at what I could do in the future. On the other hand, for several reasons -some of them beyond me- I can't seem to perform the way I would like in it despite the fact that it is a relatively flat course.

There were many factors that I couldn't control. It's a popular race so it's crowded. Runners and walkers alike (many racing for the first time, so they might not be aware) don't seem to respect the "rules" regarding lanes and walking 10-wide. Even though they added corrals this year, they really didn't mean much. I'm sure it will be better next year. This year we had non-stop rain all week so I didn't train as I would have liked. All that was a factor I'm sure, but...

It really comes down to me just being plain slow.

One of the reasons I love to hate 5K's in general and this 5K in particular, is that it requires a gear I seem to not posses. As my marathon finish time will tell you, I have no problem running for hours on end, but sustaining speed for prolonged periods seems to be eluding me. My best mile for example, is in the 9's but there is no way I can hold that for more than that.

My goal right now would be to run (and hold) at about 11(ish) minutes per mile for a whole 5K but right now I can't do it. I have to stop, walk a bit then run again. In this race my splits say it all. I ran the first mile in 11:38, then the other two in the 13's as I was forced to stop a couple of times. It's the domino effect: if I can't hold 11's for three miles then how can I expect to hold 13's for a Half-marathon? (Which is what I would need for a sub-three.) 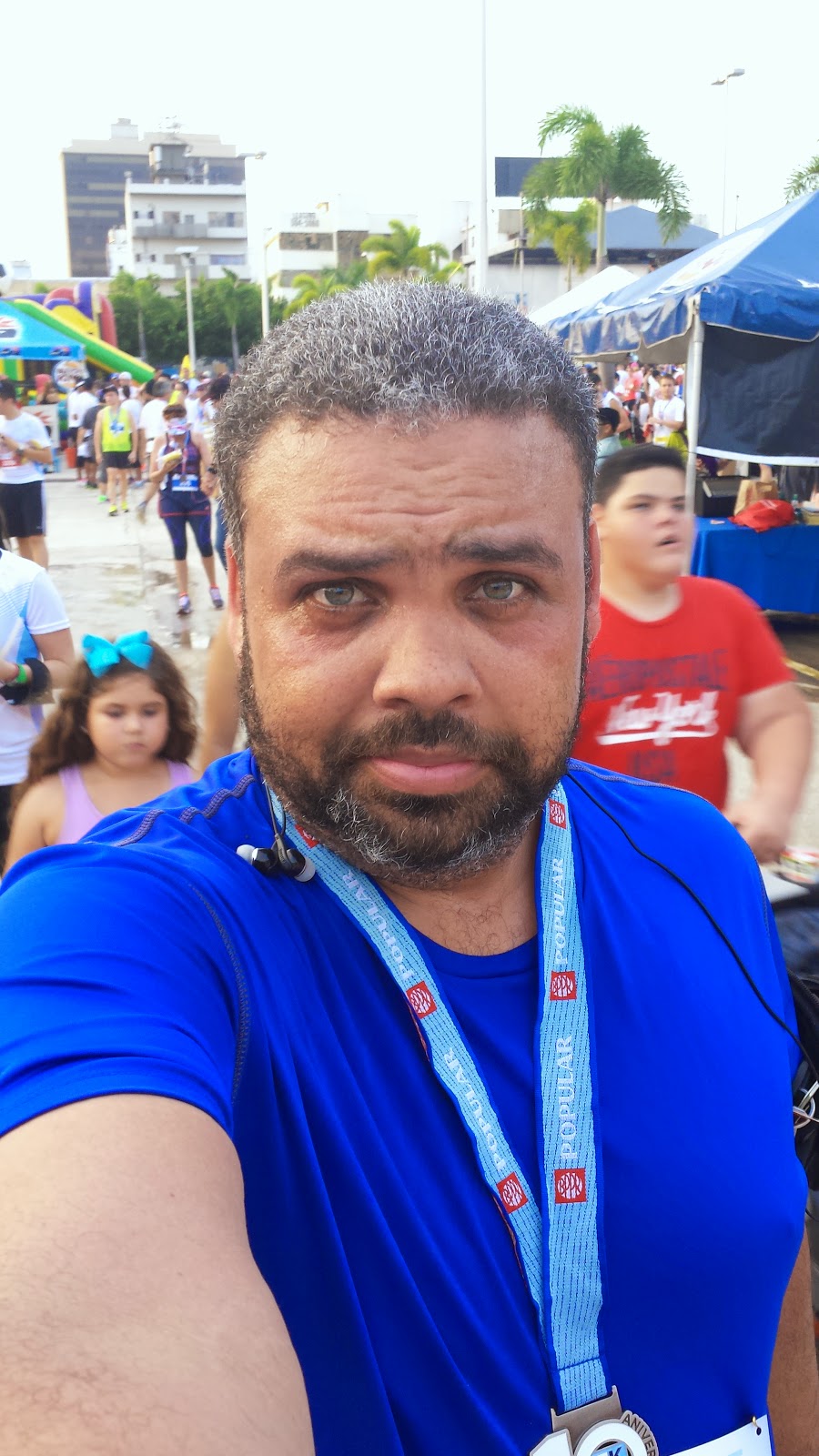 .
With an official finish time of 39:25, the race predictor in the Runner's World web site says I should run a Half-Marathon in 3:01 which is short of my goal by two minutes. Clearly a lot of work to do in the coming weeks. 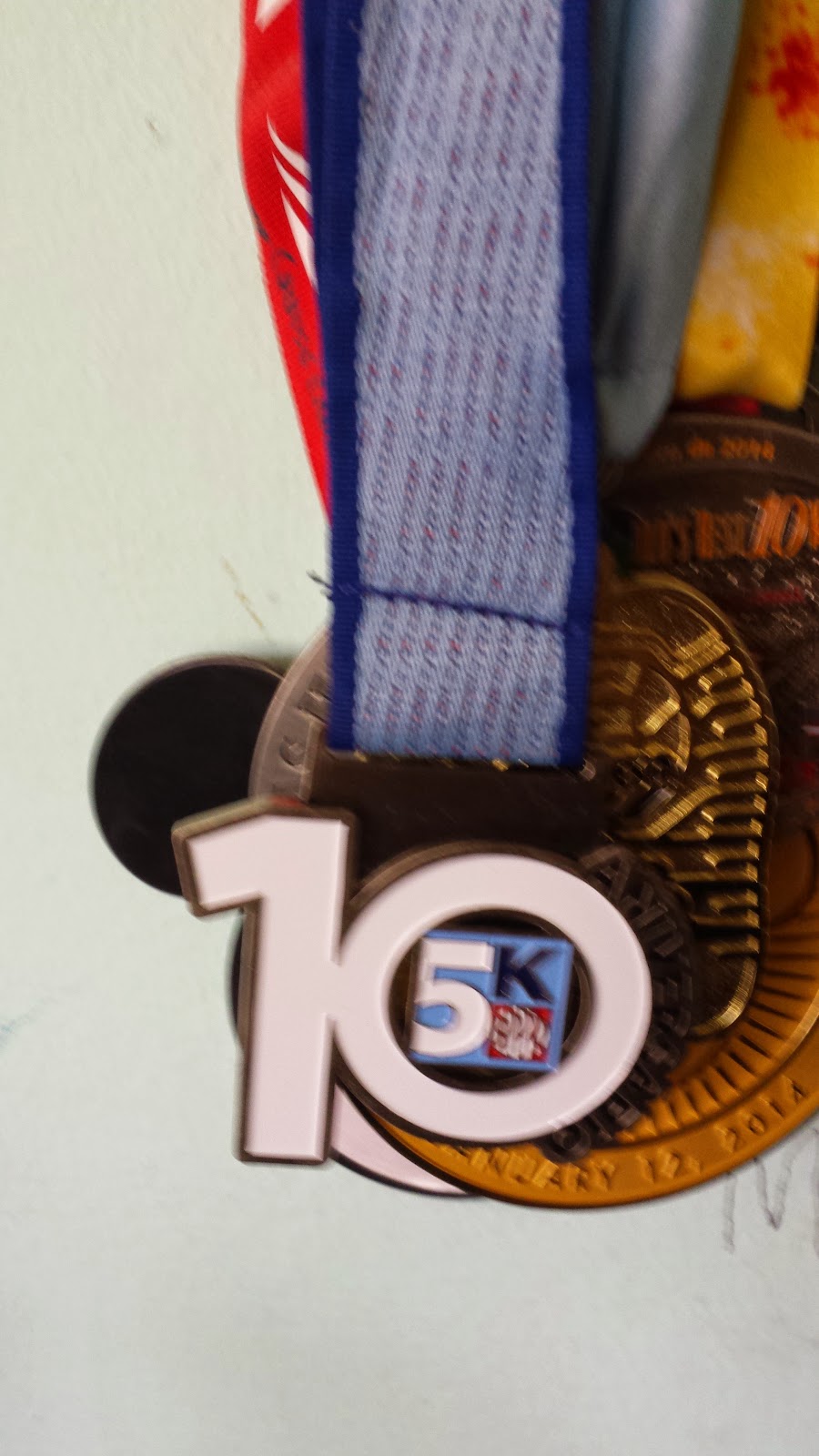 But it wasn't all gloom and doom of course. This is the tenth year this race was done and the bling reflected that. Despite the corral issue, the race was well organized overall and I got to meet with what is quickly becoming my running posse, which you have all met in other recaps I have done. Gilbert, which was forced to walk it due to injury and the fact that he is a wimp (he, he). His dad, running a race for the first time, actually did a lot better than I did in this race the first time around and he is 63 years old! He also ran with his daughter, Cristie, who ran last year with us as well. Frankie, who I think I will start calling "The Jet" from now on, sped down the course in 27 minutes and some change. He will be running the Star Wars Half-Marathon and watching the NY Jets play in the coming months so I'm of course, green with envy. His wife Nadya ran a PR and will run the Star Wars 10K with Frankie. Some people have all the luck. LOL 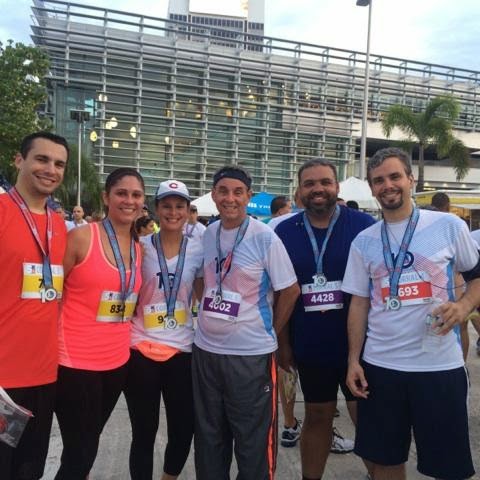 The Fat Runner's Running Posse: Frankie "The Jet", his wife Nadya, Cristie, Gilberto, myself and Gilbert "The Walker"