Sometimes, you get to pay it forward

First, there were these guys. 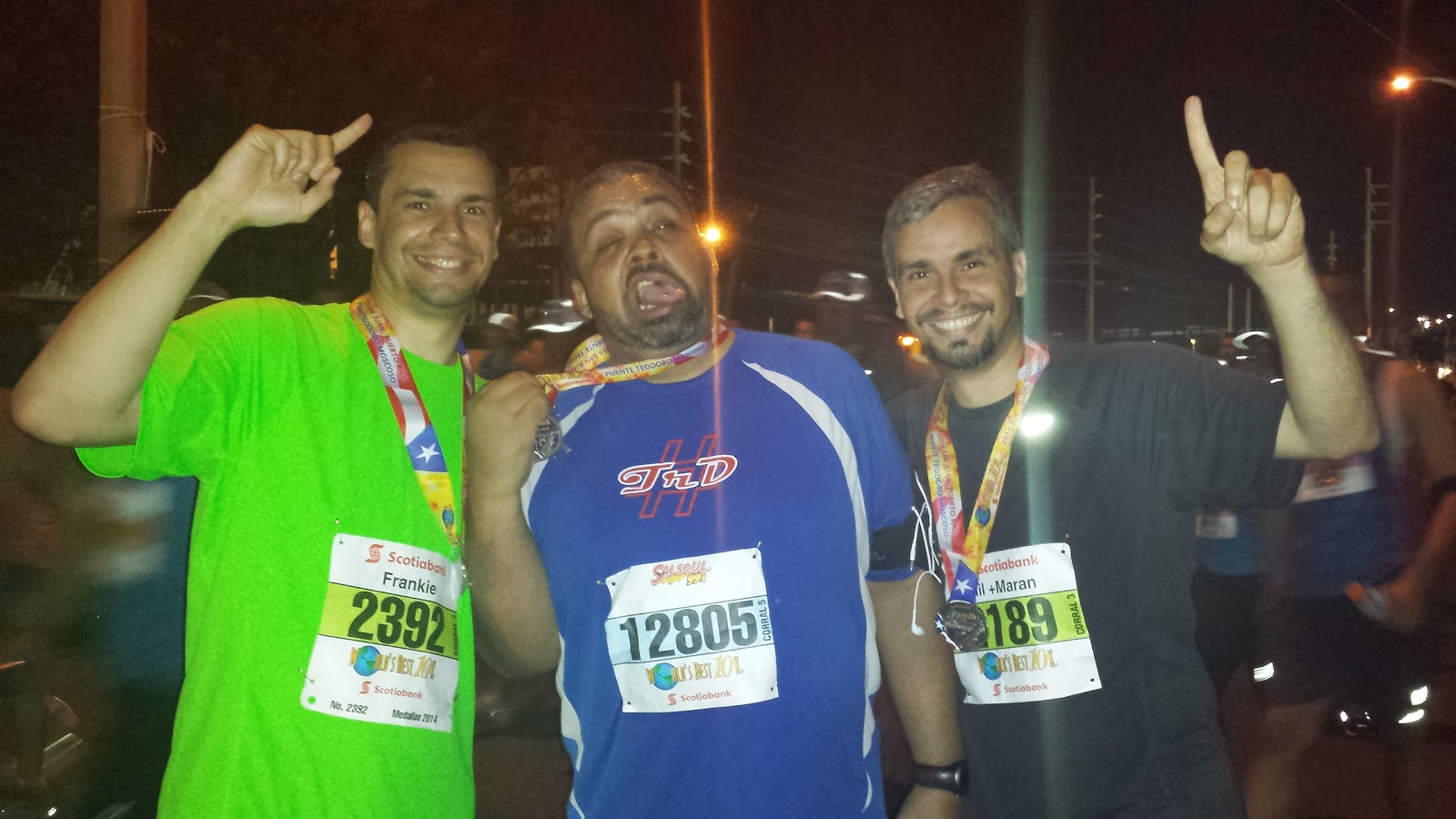 Frankie and Gilbert, brothers in the Force (geeks like me) and in blood (not my brothers in blood, but they are, in fact brothers) started running. Frankie had already started running when I started this blog but Gilbert was still on the fence. After reading my ridiculous and amusing running adventures he finally got off the couch, and has now run a couple of 5K's and recently his first 10K. Either he was inspired, or simply couldn't stand the fact that a much heavier (and un-healthier) person managed to run a marathon before he did, the point it is he started running and this blog was a part of that.

This week was the swearing in ceremony of the Board of Directors of the local Union of which I am a part of, the UFCW (United Food and Commercial Workers). The regional director of the International Union, and my good friend, Al Vincent, came down to participate and swear us in. He had been keeping track of my runing through Facebook and before arriving to the island, he contacted me saying he wanted to start running as well and asked about what shoes I wore and stuff like that.

Well, I wasn't about to waste the chance to bring one more person to the Dark Side... er, I mean to our addiction... wait. I meant our illustrious and health-improving sport. That's what I meant. So, after the ceremony I gave him some basic information about starting out and we went to my Local Running Store so he could get properly fitted and start off on the right foot (pun intended).

It was really interesting to watch him go through that process. Super-fit Girl (I got to ask her name already) told him to get on the treadmill to film his gait. He was just as nervous and self-consious as I was. It sure brought back memories of that very first visit to this store. Anyway, after the analysis she brought several models (Brooks, Mizuno, Saucony) for him to try out and after trying them, he came out with a brand new (and extremely bright colored) pair of Brooks Trascend which is new to the Brooks line and have been very well rated by Runner's World Magazine. 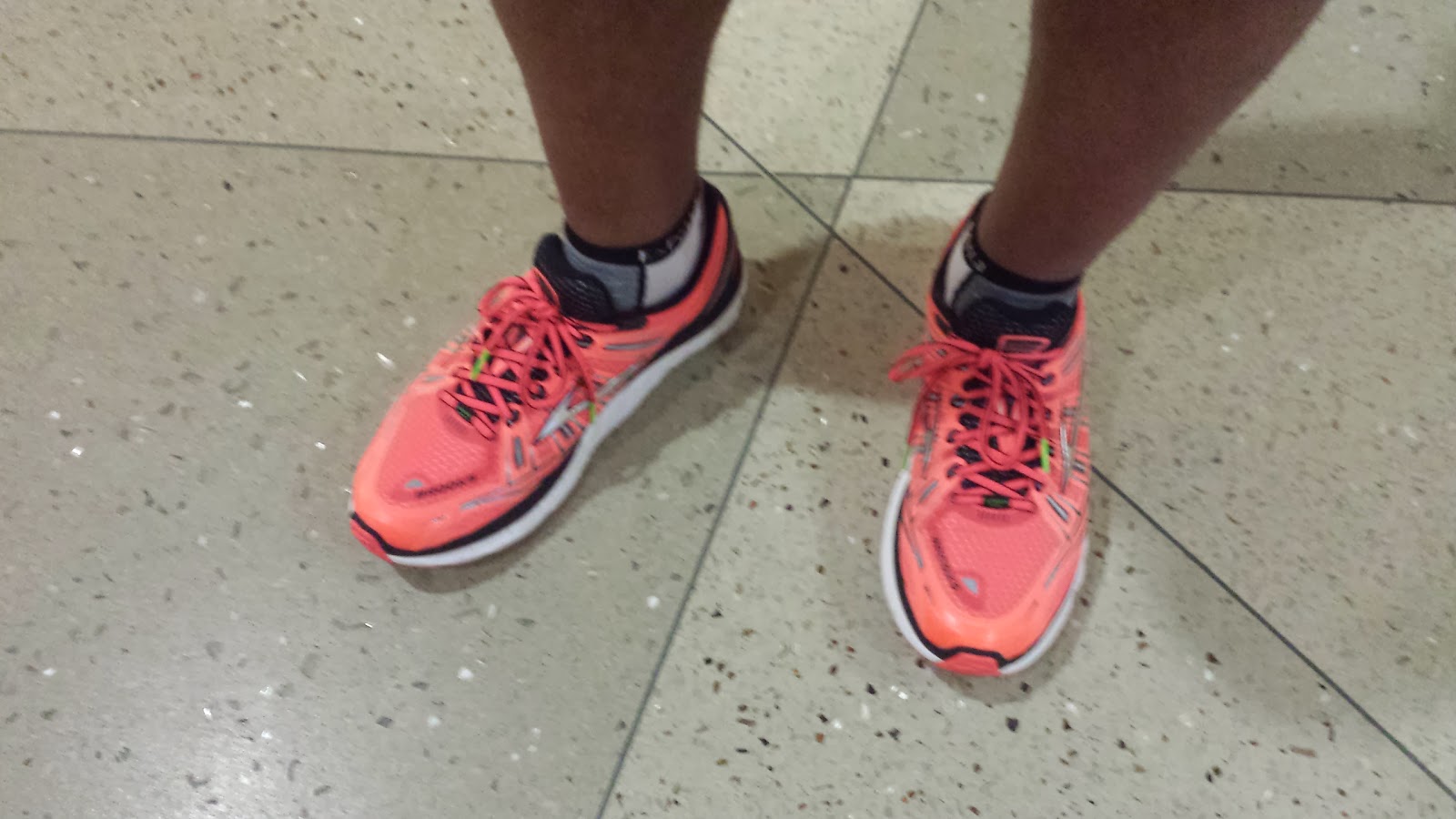 After getting him all set up, Super-fit Girl asked me about The Beasties (My Brooks Beasts). As it turned out, I had just done an extremely painful long run in them the Sunday prior. A signal that they in fact, were done. She told me she just recieved a new Brooks shipment and was pretty sure there was stuff in my size (14 for The Beasties, 15 for the Junkies). Now, I wasn't planning to buy anything but, you know, you're at the LRS. I, in fact NEED a new pair of shoes. What's a guy to do? Well, it turns out they didn't have Beasties in my size but she did find a pair of Junkies (Brooks Addictions) and well, I needed them. What's a late house payment here and there right? These are the more recent version (2012). I had the previous ones (2010). 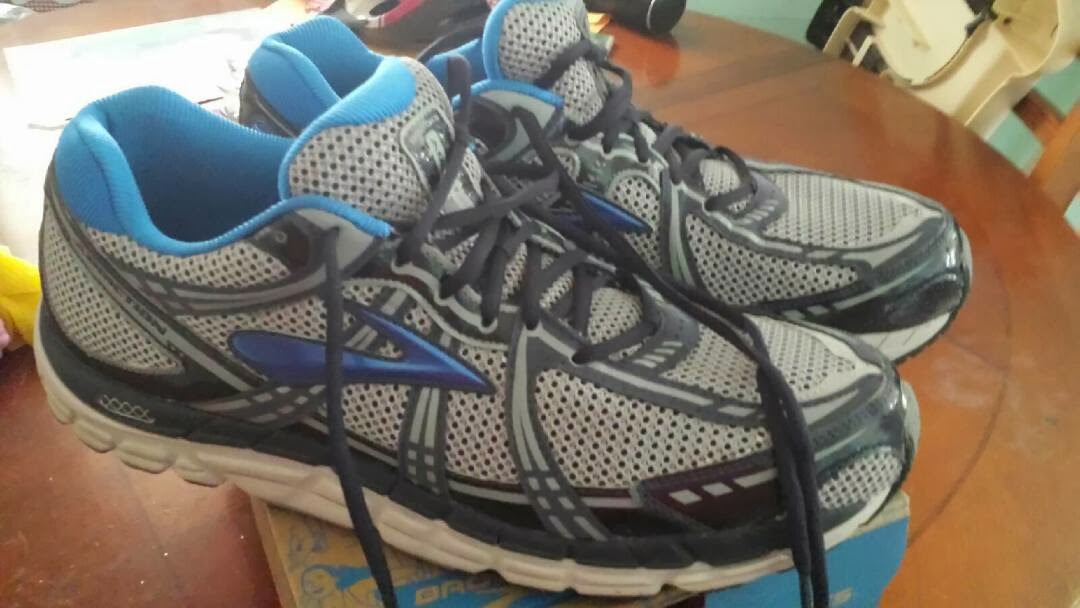 Now we both had new gear. We didn't buy it to stare at how pretty they were so with Al leaving in the morning, I threw down the gaunlet and invited him for a run in the late afternoon. He jumped at the chance so after a quick change of clothes I went back to his hotel and we went on his very first run.

I can't think of a better place for a first run than San Juan. We had the beach, the historical buildings and the sunset. It was really beautiful. I gave him a couple of pointers on breathing and pace. He did very well, covering about three miles between running and walking and ended back at the hotel. Hopefully I didn't bore him too much with all the yapping. I tried to keep his mind off the fact he was exercising for the first time in long while so I talked pretty much the whole way. Geez... who would have thought: me being able to talk during a run. 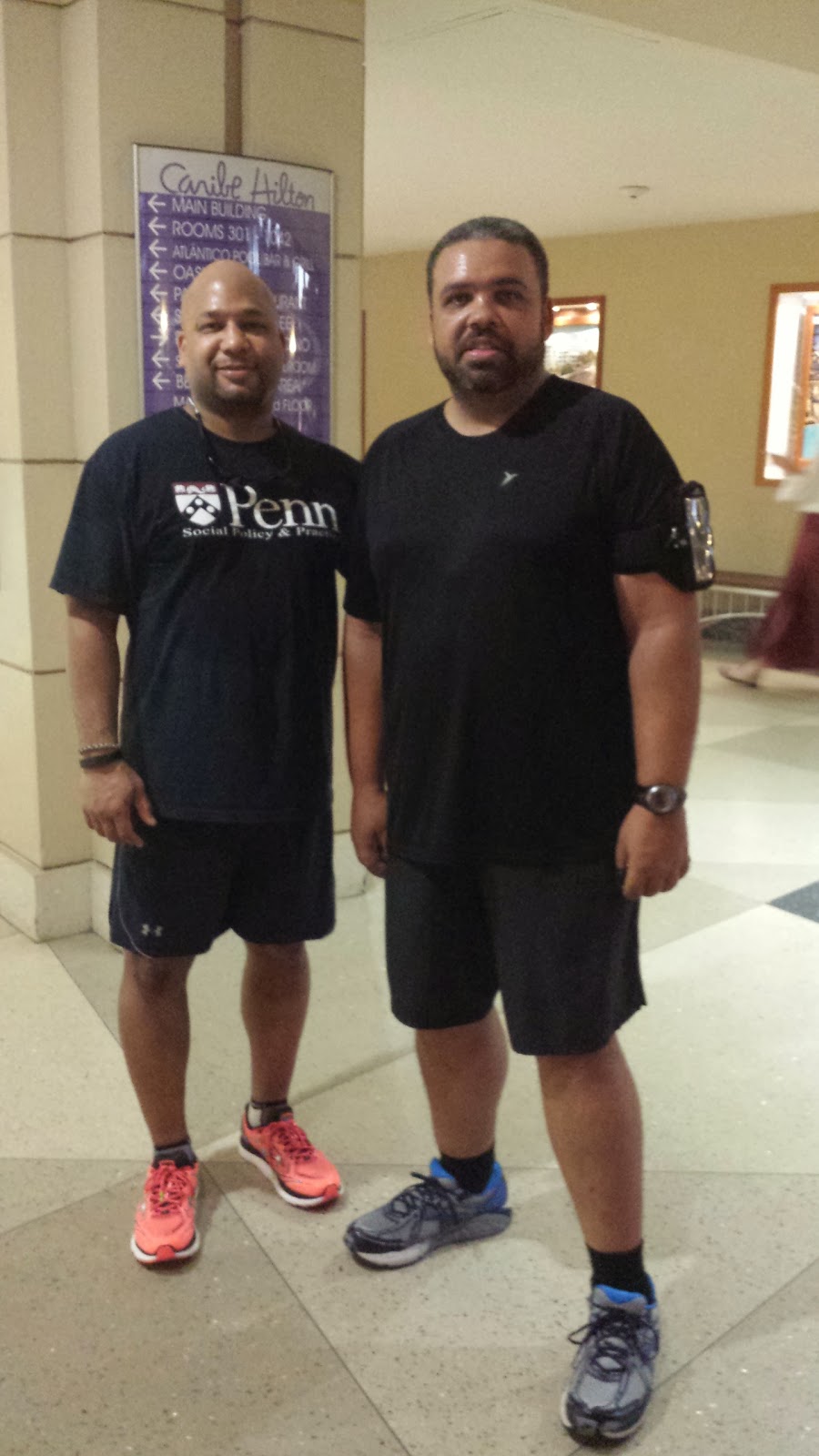 Uncle Ben (Spider-Man's uncle, not the rice guy) said: "With great power, comes great responsability." When I started this blog and posting my runs on Facebook, I did it to keep myself accountable. You kind of hope that people read it but the Internet being, well, the Internet, you think it will just get lost in the whole enormity of it. But once in a while it has an effect on people and they too are inspired to start their own journey. One can only hope to be worthy of something like that. I sure hope he wakes up with the desire to keep getting out there to run. Otherwise, I will be forever the guy who made him buy some pretty expensive (and bright colored) shoes.