How (Not) to Train for a Triathlon - Swimming Edition

As I mentioned in earlier posts, I recently started training for a tri (because it's hip to just call it "tri" instead of triathlon) in hopes of doing a sprint one in the summer. To say the least, the experience has been... interesting and humbling. Her are some details on this recent adventure of mine:

I suck at swimming

No amount of reading and warning prepared me for this undeniable fact. I have never done competitive swimming at any level so this might have involved some wishful thinking on my part, but having been able to swim (as in, not drown) for most of my life and not having any particular issue with water, I thought training was going to go a lot more smoothly. I had read that swimming is all about technique but man, what a wake-up call. I suck. Any sort of sustained effort, and I get tired very fast. The slightest variation in technique or breathing on my part and everything goes haywire. To the point of panic, which has never happened to me before. Progress has been really slow.

And that's the "thing" about swimming. You either nail it or you don't. Right now I have to wonder how in the World can people swim two miles without stopping when I can hardly go 50 meters. At least, I think I', swimming 50 meters. I actually don't know. Using my running watch (notice the running part of that) I kind of, sort of measured 50 meters in the sand, then picked two reference points and that's my "50 meters". I could be short. I could be long. It doesn't matter because it's hard either way. Though I'm hoping for long. When I can afford a nice GPS triathlon watch, I'll get a better measurement. That, or find some pool where it will be accurate but then I'll have to bear the shame of other people watching me suck at this. : )

Also, I have to say it. I didn't exactly load the deck in my favor either. This particular phase of training should be done in a controlled environment (read: pool) so you can concentrate on learning the basics but I have no close access to a pool so I swim in the open water at the beach which is 10 minutes from my house and the tide can be an issue. Also, I swim in this particular area that might have a sign that says you shouldn't swim there because of currents and stuff... I know this sounds moronic and counter intuitive but like I said, I live nearby. I have been going (and swimming) there all my life so It's not like I'm facing the great unknown. Also I never go over chest-deep so if I run into any problems I can just stand up. Plus, can you really hate the place where you work out when it looks like this? 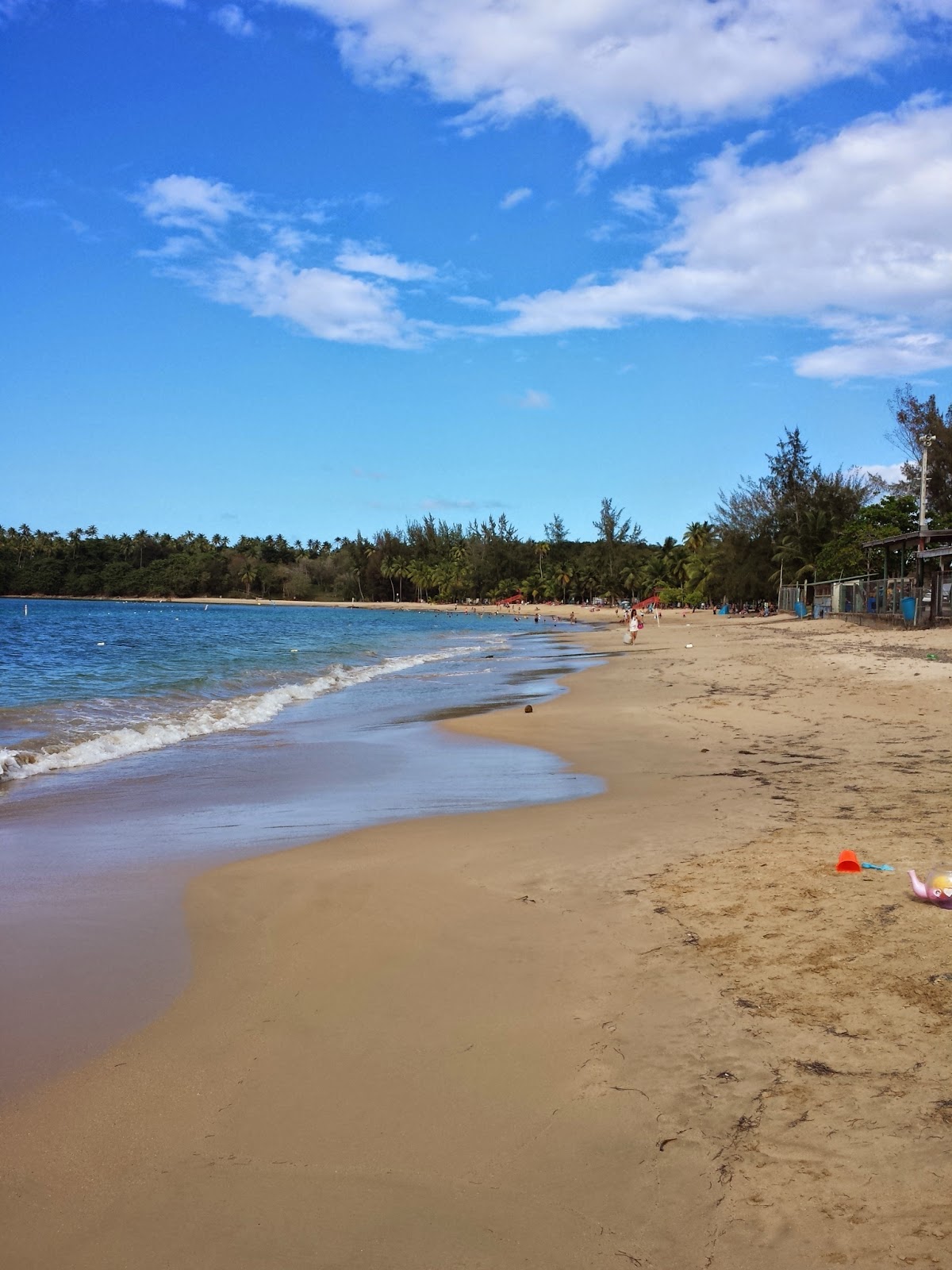 The upside to all this is that, just in case anyone needed any more confirmation, swimming is a pretty awesome workout with virtually no impact on your joints. Every time I do a swim workout I finish so, so tired. But it's a good tired. Actually on the days I swim, I can run in the early morning and then swim in the afternoon no problem. It's that low impact.

So as you can see, this has been tons of fun. LOL But it gets better! We'll discuss Cycling in the next post.