We interrupt our regularly scheduled programing...

I know I still owe you guys one more post regarding my triathlon training but this, for me is MAJOR news. How big? Star Wars big. No, its not about the upcoming films. By now you probably already know about that. It's about the often discussed and much coveted Half Marathon.

As if this year hasn't already been filled with pretty exciting runDisney news, which included the announcement of the Avengers Half-Marathon, now we get another new race and it's the one everyone was waiting for: The Star Wars Half-Marathon Weekend, to be held in January 2015. 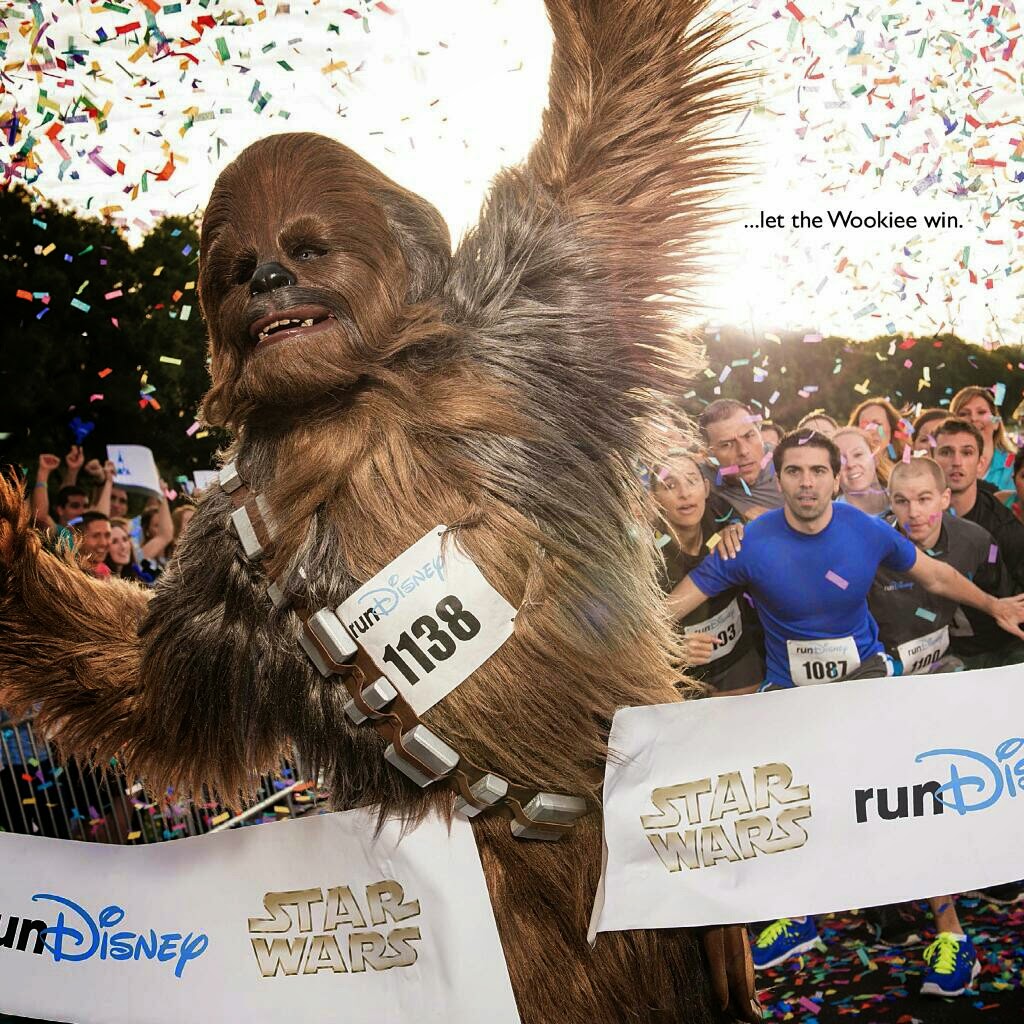 runDisney released this pic on all their social media outlets. The hashtag for the event is #LetTheWookieWin

As the name implies, there's a Half Marathon involved but it's getting the full runDisney weekend treatment which of course includes kid's races, 5K, 10K and the now mandatory challenge medal. That's right. Run  both the 10K and Half Marathon on consecutive days, and you will earn a third medal to go with the pair you will earn for running both courses. The Rebel Challenge Medal!.

As you can expect, this caused quite the stir in cyberspace. Over at the #TeamrunDisney page on Facebook, the thread seemed to get a mile long  a matter of minutes. 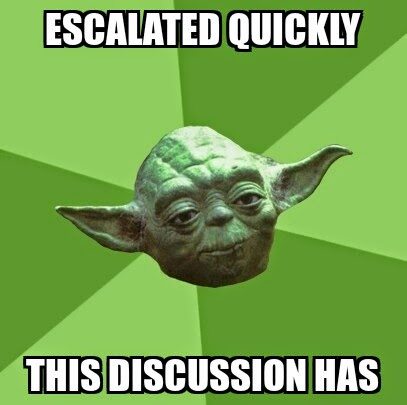 Of course, most of the discussion was centered around all the excitement and you can bet this will sell out well before you can say "yup, yup" but also there was a bit of back and forth regarding the location. Sorry east coast folks, this one -like the Avengers half- will be in Disneyland in California. As you can probably guess, where you stand on this argument will depend on where you live, with all the people who have the Pacific Ocean closer to home elated that it will be run in Disneyland and the Atlantic folks disappointed that they will have to spend a bunch of money on travel, food and lodging along with the entry fees to make this race happen.

Me? I have to travel either way but just like the Avengers Half, California makes it almost impossible for me to make it at the moment so this is a hard blow. Harder than the Avengers Half. If there was ever a bucket list race for me, it's this one.

Having said that. I have to remain objective and say that I think it's completely fair and understandable for runDisney to set the race in Cali. It just makes sense. Face it east coast people: Florida was getting the way better part of the runDisney schedule. Not to mention the biggest event of them all (WDW Marathon Weekend). Cali had the Disneyland Half and the Tinkerbell Half. That's it. With these two races on the schedule, this really evens things out between parks.

My favorite part of all this? I they indeed, let the wookie win, maybe they will finally give him a freaking medal huh?

So, who will tackle runDisney's newest challenge? Are you going for the Rebel Challenge medal? Let us know!