OK, so where were we?

Right, I was heading to a Convention in Chicago and was hoping to get some runs in. Even though I was a bit concerned about the tight schedule I was looking forward to running in a beautiful city like Chicago. I almost never run with my phone and when I do, it's on my arm strap replacing my faulty iPod so I don't have any pictures of the actual runs. Sorry. However, photography being a hobby of mine, I also found the time to take some pictures of the city and I they will be scattered throughout this post. Like this.

Allow me to cut the suspense. Running in Chicago was amazing! Like, otherworldly actually. The weather was perfect, the temperatures were perfect. People running everywhere saying hi and waving and the scenery? Well, if you can't get inspired running with Lake Michigan on one side and the Chicago skyline in the other then you shouldn't be running. It was the catalyst for some of the best runs of the summer. Some of the best runs ever to tell you the truth. You will have to forgive me up front for the very long post so please enjoy the pretty pictures. 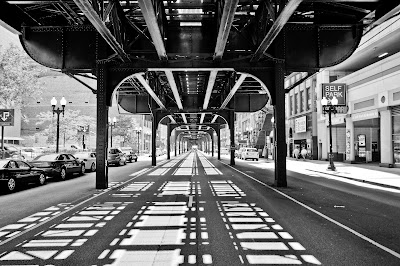 It wasn't all peaches and cream though. The price for this running nirvana was paid. The Convention schedule was tight, with full days and extra activities running until night which meant running in the very early mornings, waking up at 4:30 am to have time to get ready for the day ahead. Of course, that meant sacrificing the "social" aspect of the Convention and rest. I'm not a big drinker, not even a regular drinker actually, but it's at events like these where you meet old friends and you want to go out and chat and reminisce. I hardly did for fear of oversleeping or getting dehydrated. I'm such a nerd. I ended up having only one free night and it ended up being used to take the pictures you see here. I also got sick. Runny nose, cough, mucus, the works... Don't let all the complaining fool you though. I don't regret it one single bit. 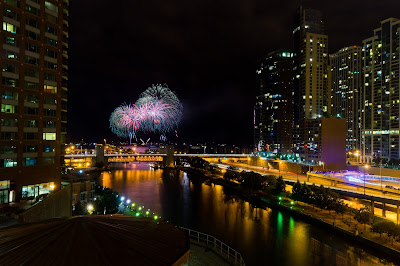 Sunday, August 11 - Long Run: I was still getting my bearings but I had done my research online and knew where I wanted to run. The Lakefront Trail is miles and miles of paved road just for runners and bikers (the pedaling kind). I woke up, loaded my hydration belt with a gel, some gummy bears, a bottle of water and a bottle of sports drink. Went to Illinois Street and took off toward the trail. I caught it on a bridge crossing the river right next to Navy Pier. From there, it was really simple: Just follow the trail. This thing does not end! Ever. I went past Buckingham fountain (which to me will always be the Married with Children fountain), the Field Museum, Soldier Field and McCormick Place Convention Center which is where the Convention took place. And yet, I soldiered on.  I ended up past some beach (weird calling it that since it's a lake. Even if it looks like a freaking ocean) 6.5 miles into the run where I finally turned back. When I did, I was rewarded with the most beautiful view of the city. Certainly an incentive to get back. 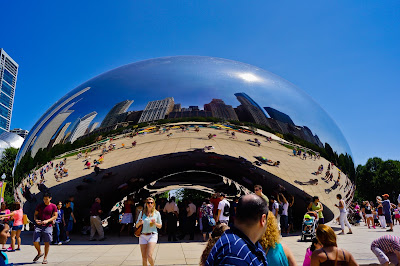 Earlier in the run I saw a bunch of people putting up mile markers and setting up hydration stations along the trail. I thought it was a running club or something setting up some weekend activity. It ended up being something a little bigger than that: The Chicago 10K! When I got back they were right in the middle of it. I didn't want to get lost and I saw other runners in my same situation simply joining the race to get through so I did as well. I had a couple of miles to go and they were gonna go down in the middle of this race. Even though at that point I was out of fluids and only had some Gummy Bears left, I refused offers to take water. I sure didn't want to be a bandit. It took me a bit over three hours but I got it done. Longest run for me so far. 11 miles. Running so far before doubling back did come back to bite me in the butt though: I finished a bit over 2 miles away from my hotel. Most painful walk. Ever.

Tuesday, August 13 - 3 Miles: I was surprised I had recovered from the long run. All of Sunday and Monday were... interesting to say the least. Tuesday morning though, I felt the need to do something stupid. I again took off on Illinois Street and made it all the way to the Married with Children Fountain before coming back.

Fastest 3 miles ever. An 11:29 third mile? In my dreams maybe but there it is. I actually made it back to the hotel ahead of schedule. I took a shower, got ready and was able to lie down for a bit before going to the convention. Chicago seems to be good for my health. 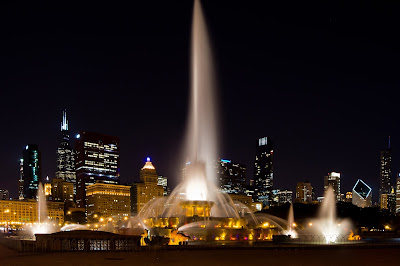 My last (and only) 10K last February was 1:37:21. This was was 12 minutes faster. That is huge. I'll be honest. I didn't think I could run this far at this pace. And here's the kicker. I think it was faster than the numbers above. At the end of the run, the GPS watch went berserk  while under a bridge and in between the city buildings. It kept marking 5.97 miles way past the 6 mile marker so I kept running and stopped the watch late so that final 14:57 mile was actually shorter than that. 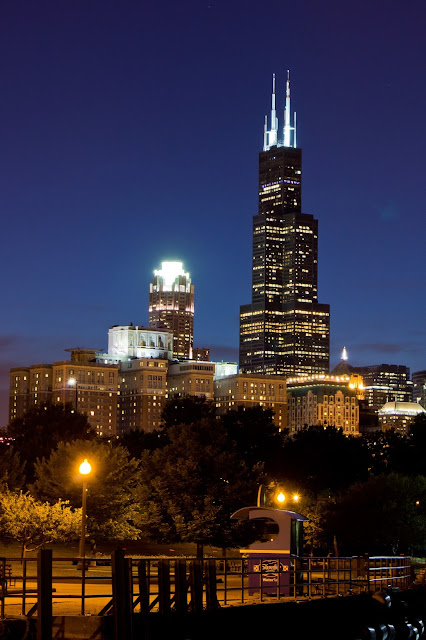 Allow me to put myself down here for a second. There were many factors at play here for this sudden boost in performance. The weather was like nothing I have ever run in. It really made a difference. If it's anything even close to this (60's to mild 80's) during Marathon weekend, I can certainly go in more confident I can do well. Obviously my new surroundings were inspiring and certainly played their part. There was a conspiracy of factors that made these runs near perfect.

Now, let me pat myself on the back a bit. Considering the schedule, deciding to take things easy during my stay in Chicago would have been totally justifiable. But no. I wanted to run. I made it a priority and cared enough about my goals to not only run in Chicago, but run 20 miles in Chicago. To actually do easy, tempo and long runs. I didn't have to do an 11 mile long run. I didn't have to take all my running gear with me -hydration belt and all- on this trip for just a couple of runs. But I did and I couldn't be happier about it.