And, as I got on a plane after my last day in Vegas, that was the final score. Maybe a little sad, but true. I had tons of fun. Don't think for a minute that I didn't (and I will share my adventures so don't worry) but as far as my exercise and eating goes... well... they kind of went out the window to be honest. 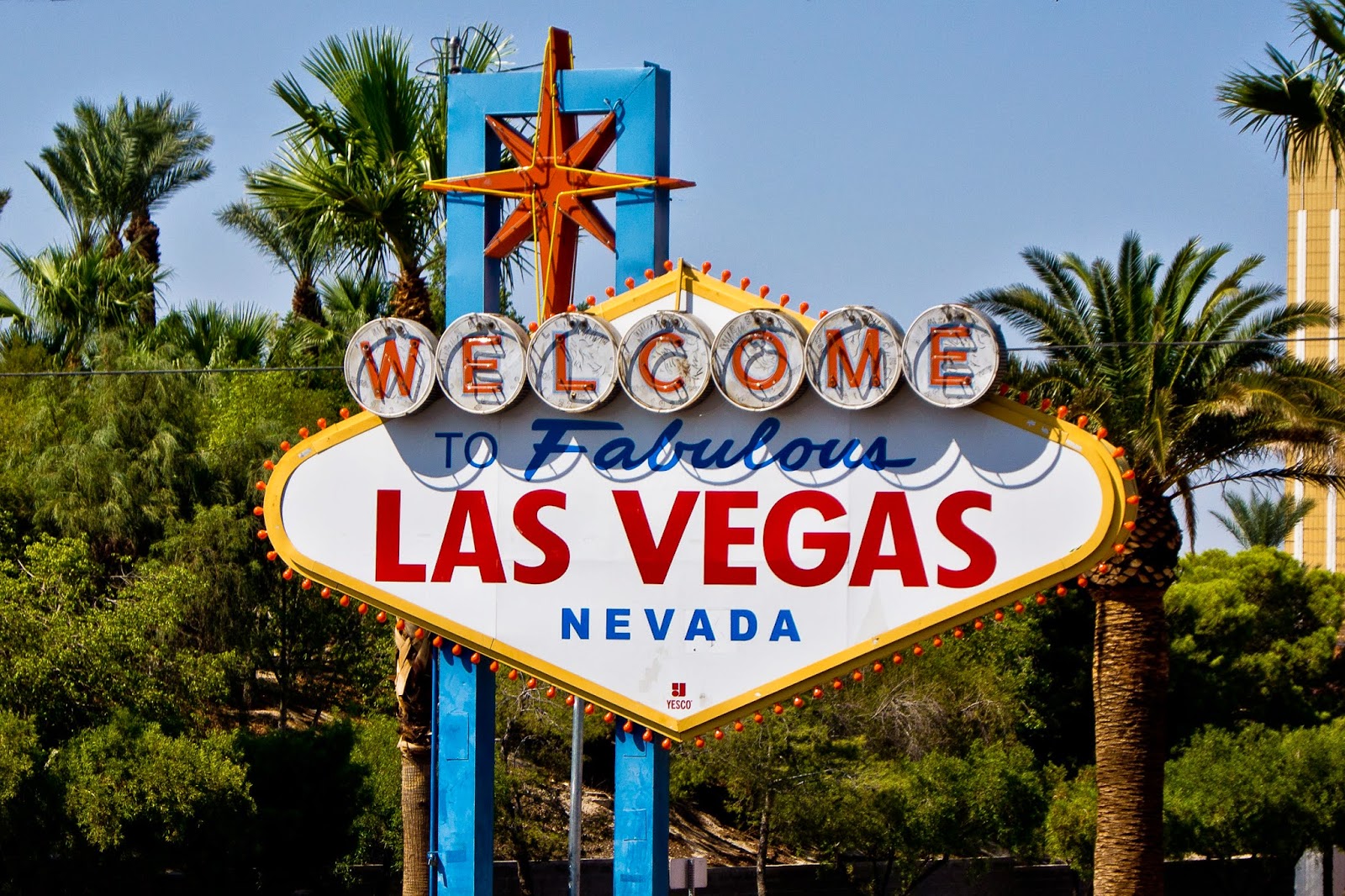 Vegas was tough on my exercise and nutrition.
I did take some pretty nice pics, like this one.

Being up front that I'm the only one to blame for this, I will give you a couple of reasons for this happening. First and foremost, when I travel for work, I mostly do it alone. Since I started running, my priorities when I travel for work are pretty simple: a)Fulfill the work obligations of the trip (obviously) b) Try to visit, do or eat someplace new if I can and take pictures. (after all, if you get a shot to travel to a new place you should take advantage of that right?) c) Run as close to my regular schedule as I can (this also lets me fulfill my b priority as I have been able to run in some awesome places)

On this trip, those priorities got a bit altered. Mainly because I wasn't traveling alone. What started as a business trip quickly escalated in scope once people found out it was in Las Vegas. At first it was just me and my Mom, (me and her work together. I don't think I've mentioned that before) then Dad ("Vegas? I think I can take a few days off...") then an uncle and his wife and finally my brother, who you all heard of as he also accompanied me to the WDW Marathon.

Of course, none of them are there for work so they have other priorities. Since the one cardinal item of the priorities mentioned above that I cannot break is a) (fulfill all work obligations) I had to be more flexible with the other two to accommodate everyone. If this sounds like a drag, believe me, it wasn't. Like I said we had tons of fun and as you will see in upcoming posts, we visited some awesome places and the Grand Canyon... there are no words. Hopefully the pictures will do it a bit of justice.

I sure started strong though. The morning after arriving I laced up and ran the best 6 miles I have ever run. It was a tempo run run starting at the corner of Fremont Street and Las Vegas Boulevard then going south through the Las Vegas strip. Temps were in the 70's and after the warm up mile, I sped up to tempo pace noticing I was barely breaking a sweat and not a hint of fatigue. I was feeling awesome. I was able to speed up through the intersections without any problems and maintain a tempo pace faster than my goal. I felt like I could sustain it forever. I ran all the way down to the Wynn Hotel then turned back. When it was time for the final cool down mile, I didn't want to slow down. Seriously, one of the best runs ever. Under these circumstances I was sure I could pull off a very strong and successful 10 mile long run later in the week but, alas, it was not to be. That first run turned put to also be the last of the trip. 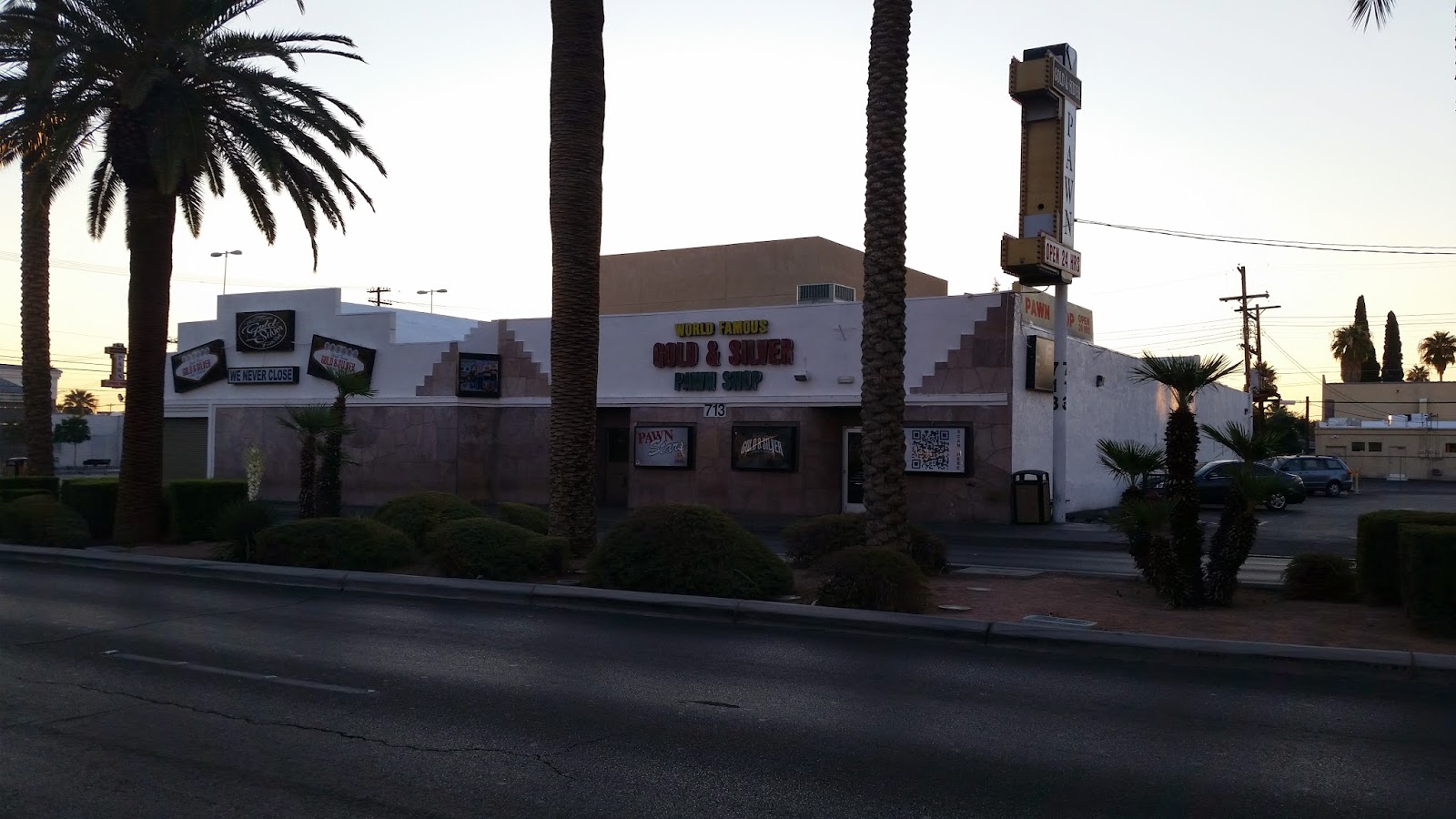 Then there was the food. As you've probably heard, Vegas is like the capital of the All-You-Can-Eat Buffet and boy did we revel in it. That first full day in Vegas was a total disaster. First, breakfast at the hotel's buffet (We stayed at the Golden Nugget) where I'm sure I ate for three people. Then, in the afternoon we did lunch/dinner(because who the heck can eat like that for three meals?!) at the Bellagio buffet. Oh, Lord... There was so much stuff I wanted to try out. ...and I did! Once the conference began the next day, I was able to hide behind the continental breakfast they were serving there each morning. Eating the huge cheese danish they were serving there was like fasting compared to the disaster that was the day before. Not my proudest moment folks.

As if that wasn't enough, me and my brother decided that if we were gonna crash, we might as well go down in flames, screaming all the way down. Our last meal in Vegas was at the Heart Attack Grill. A place so unbelievable, I will save a post just to tell you about it.

Finally, there was that botched long run. As the events of the week unravelled, I kept trying to reschedule it to make it happen and it didn't. I was out most of the day for the conference so I would go out with my family during the afternoon/night (and you know, nothing happens in Vegas at night) and get to sleep very late so I wouldn't wake up early enough to run the next morning. I Wanted to run on Sunday but that's when we ended up going to the Grand Canyon and had to wake up very early for that. Then thought about Monday (last day) but we went to bed way too late and didn't make it. Did I mention I'm in the middle of another Diet Bet?

Right now I'm thinking of that scene in Friends when Joey eats his date's dessert after making a big scene about not sharing food. He just casually looks at her with cake all over his face and tells her: 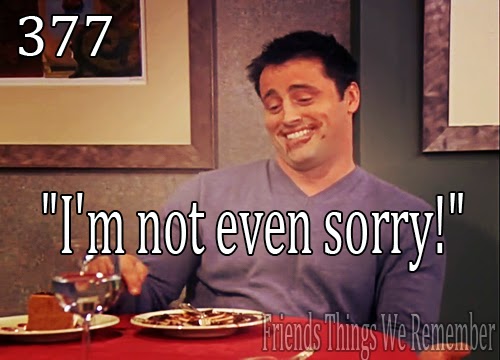 I feel bad, but honestly I had had too much fun to dwell on it. It happened. Move on. Keep running. Sometimes stuff happens. And hey, it was Vegas!