I gotta ask: How can you possibly screw up a free race? It's free! Right? Well, you screw it up by not reading instructions. That's how!

Long story short: I was not able to pick up my race pack and bib. Circumstances out of my control and all so not really my fault. What was my fault was not reading the email reminder all the way through. Especially the part that said there would be no bib pick up the day of the race.

So there I was on race day, ready to run, no bib. I looked for one of the organizers to talk to and told him what happened. He was very understanding but he just could not help me. They didn't bring the bibs. However, I could still run the race. He said this race was for the people and anyone who wanted to run, could run. I just would not be timed and would not get a medal. 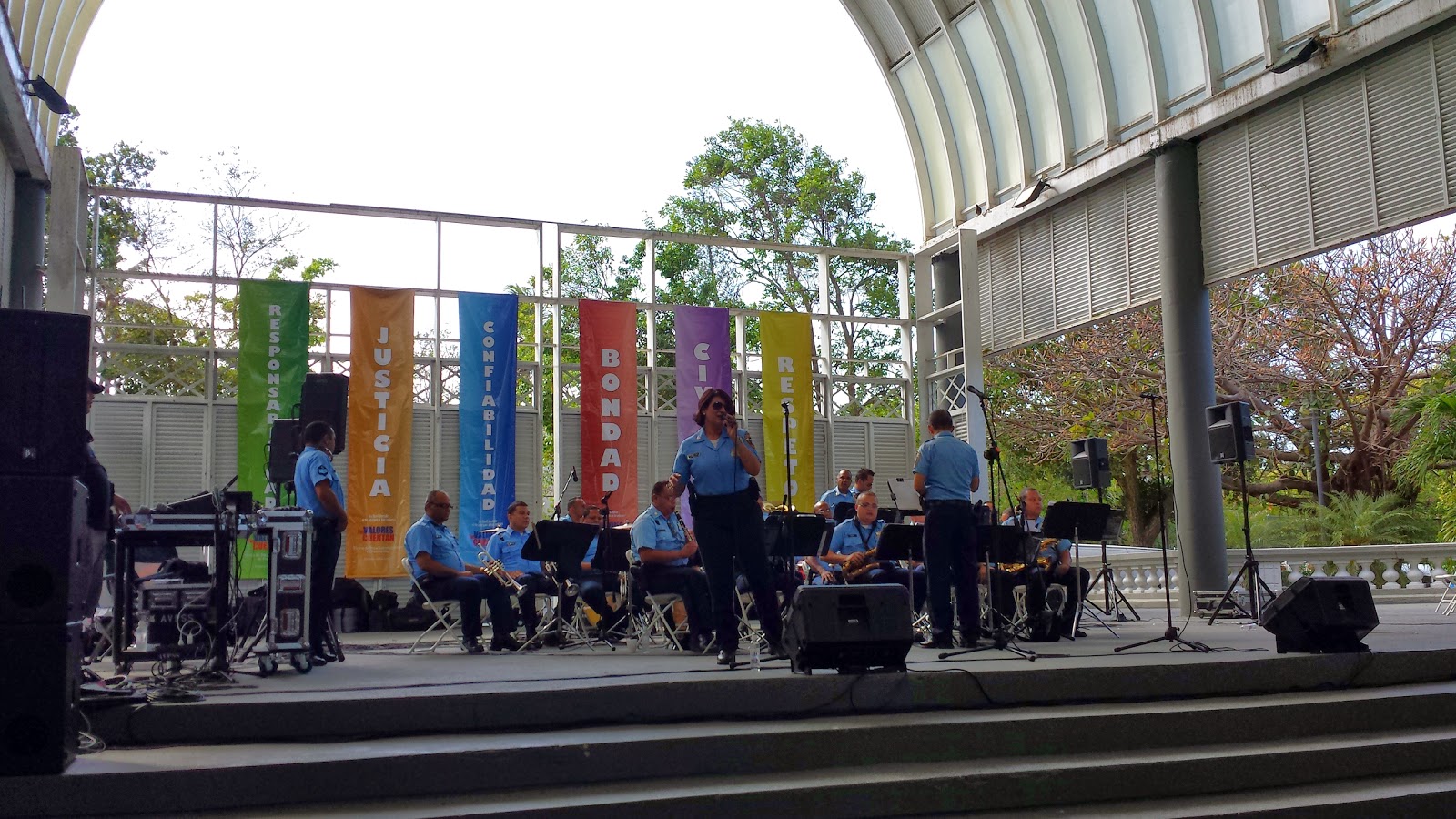 The Police Band (not the radio frequency) I understand they are actual police officers but why play armed?

I'll be honest. This didn't feel right. Even though he was clear (and later said it over the loudspeakers) that anyone could run the race I was feeling a bit like a bandit. Besides, if you run a race and have no bling to show for it, did it really happen? (Yes, it does but it still stings a bit) I almost didn't run it but after some soul-searching I decided to go ahead. It felt weird to line up without a bib but hey, when life throws you lemons, run a 5K. 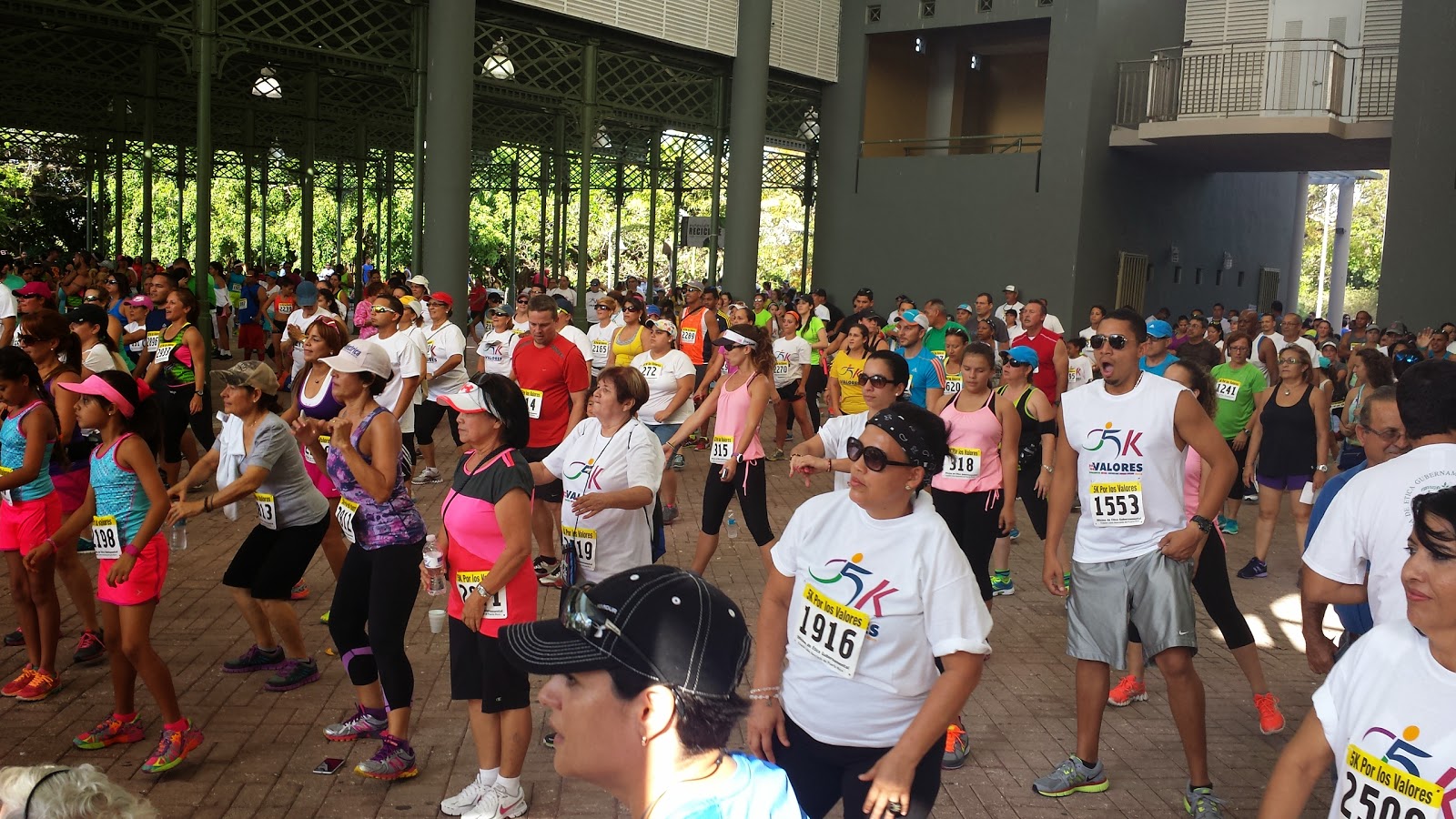 The route of this 5K is extremely popular. The 5K for Diabetes, The Runner's Love 5K and 10K, The Divas Half-Marathon and even the Ironman 70.3 among others, all follow this very route and the freaking steep hill that's in it. I have now run it many times but it's not getting any easier, even on this day where I was not aiming for a PR or anything other than finishing. My mileage has been way down and the miles I have run have been very slow in an attempt at base training (training in very low heart rate zones) so even considering a PR would have been stupid. 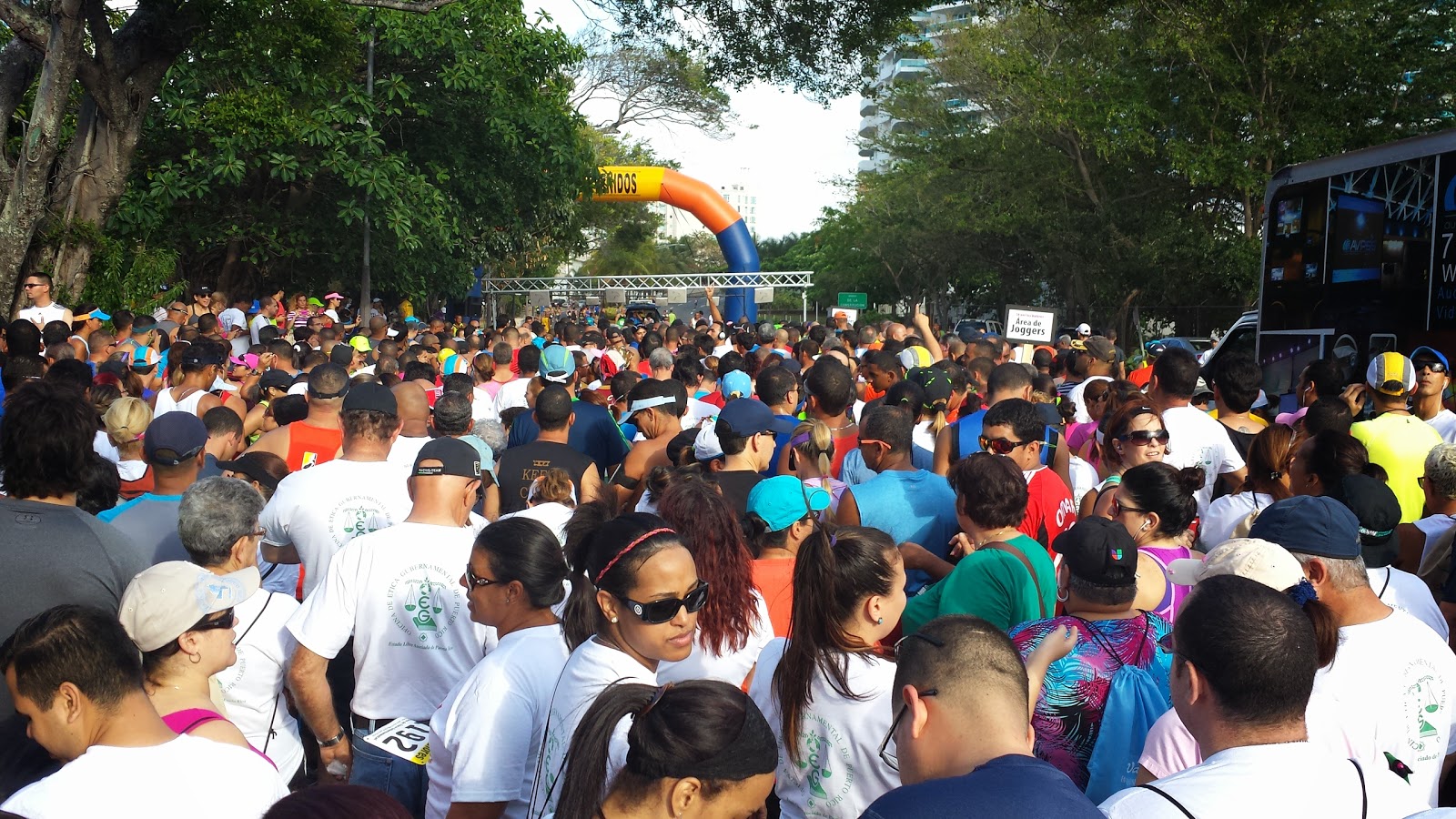 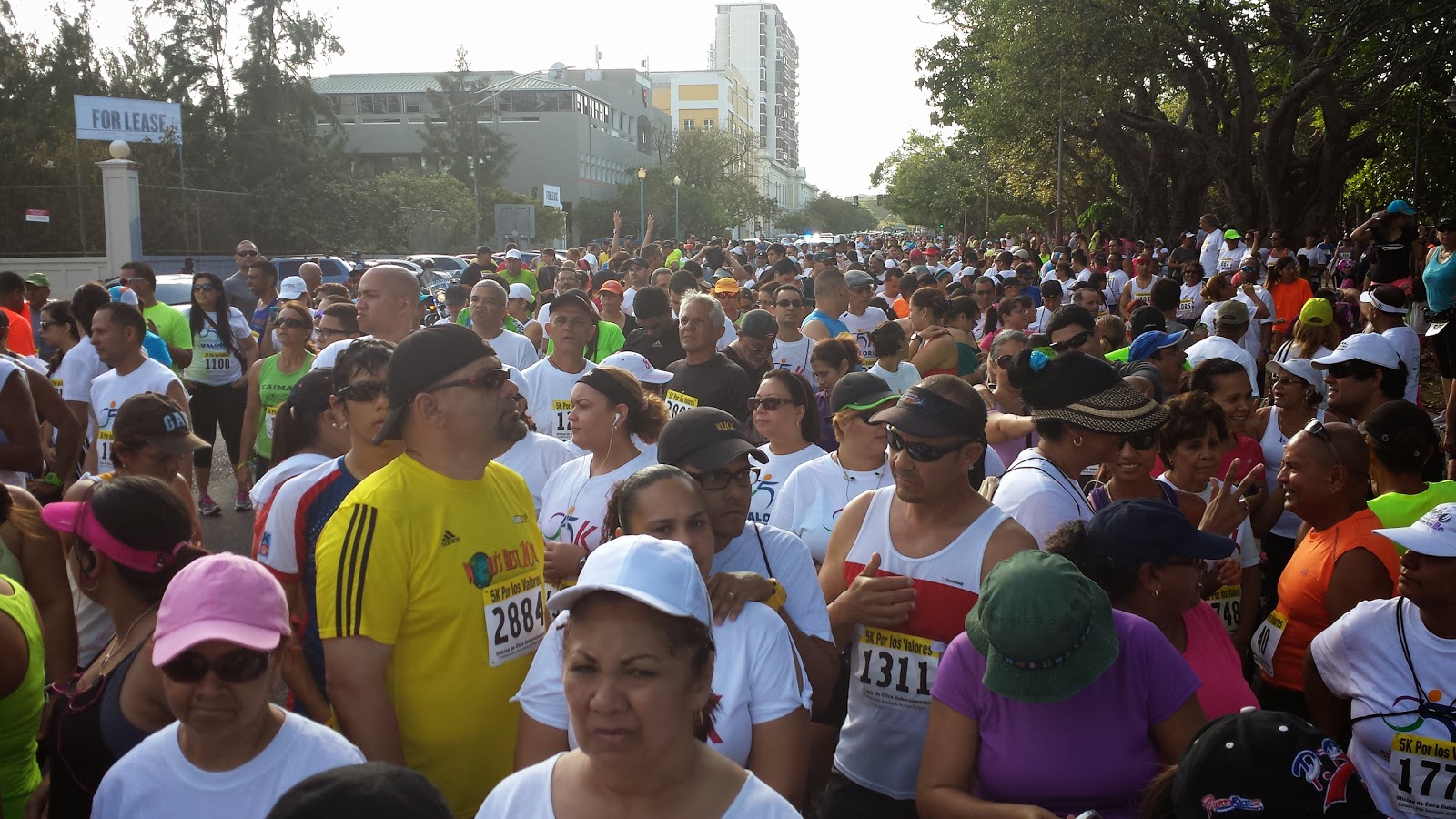 Anyway, the gun went off and I started running. Too fast as usual. I was still fretting about the bib issue so out of guilt I didn't stop in any of the hydration spots and because I started too fast my energy slowly went away. The result? A positive split. I don't know if that's what you call it but since the exact opposite is a negative split then, what I did was a positive split. And pretty beautiful one at that.

Even with all of that. I managed to run a sub-40 race so it wasn't all bad. At the finish they were lining up for the medals. I think, they would have given me one if I asked but again, it didn't feel right so I got off the line and headed home. I did ask a fellow runner to let me take a picture of his. It's the same as last year's. 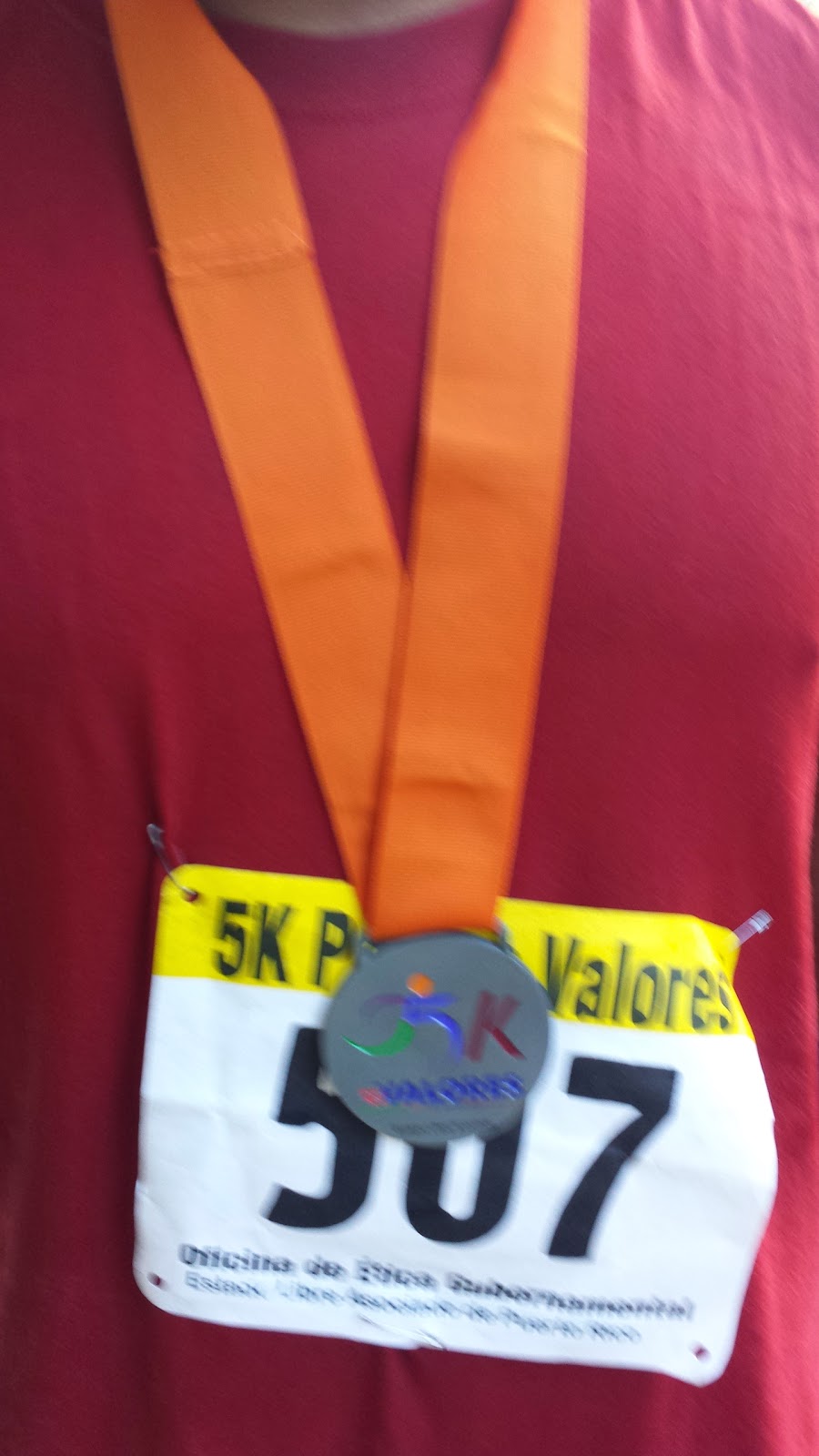 Along with that sub-40 I also managed to keep my heart rate lower than what I have been seeing in 5K's so the base training seems to be working. All in all, not a bad day. Just a weird one I guess.