My Relationship With Fitness Clothing

No, I don't workout naked and I'm sure the entire neighborhood is thankful for that. But I have a problem with most fitness apparel.

Figuring out what works for you while doing stuff that involves constant motion (running, cycling...) takes time and some trial and error. There will be chafing. Oh yes, there will be chafing. And by the way, that goes for everybody. Even the elite athletes have to deal with it. The difference is they look good in that stuff. I don't.

I was lucky with running shirts. When I started running, I bought a shirt that has kind of become my signature item. I don't need to make any adjustments to it, I don't need to use Body Glide. My Jets shirt never fails me and I wear it with pride. I also have three more shirts that also fit pretty well. Not as good as the Jets shirt but they give me the freedom to choose a shirt without any "I don't have a clean shirt" problems. There are others that require Body Glide in the "nipular" area, but these are my go-to shirts for sure so no big problems here.


But sometimes, it just doesn't

Like most people, I began running with what I had on hand. I'm a "comfort first" kind of guy and you will see me wearing basketball shorts very often. You know the kind. Very loose fit, they go all the way down to the knee, sometimes even a bit longer. Well, they don't work for running at all and that became clear within three runs. I sure wasn't gonna buy those "short shorts" that marathoners wear. Please try very hard to not form a mental picture of me in those. You will thank me later. Not only do I look ridiculous in those, they also don't work for me and my glued-together super thighs. Wearing those, I would probably create enough friction to heat the entire northeastern US through the current barrage of snow.

Thankfully, running shorts come in various lenghts and I found a couple of shorts with 7 inch inseams that seemed to do the trick. They are light, breathable and comfy. They also don't feel like you are showing off to the entire world. But I was still chafing in them. Why?! It was the underwear. I tried people. I really tried to avoid going "commando" but it was a battle I lost. For me, the idea was insane. No underwear? You have got to be kidding me. But sure enough, it seemed to do the trick. For a while. Then, my runs got longer.
Once I managed to run 5 miles and beyond, I began having trouble again. Now what? I didn't understand why at first. I gave up the heavy pants. I gave up the underwear. What more do you want me to do??!! Why do the fitness gods hate me so? I struggled for a bit figuring it out because I thought it was the shorts, but not really. It was me. As the runs got longer and I sweat for longer periods, the shorts got wet. As they got wet, they would stick to my thighs and viola! Chafferson City! Now, we were about to delve into something I simply refused to even think about. I had to... consider... gulp... tights.

Then it just got ugly

Now I was just plain angry. You want me to go commando and wear skin-tight shorts?! No way! Nope. Not gonna do it. Who would want me to wear something like that?! Have you seen me?! Mercifully, I found a compromise. Or so I thought. 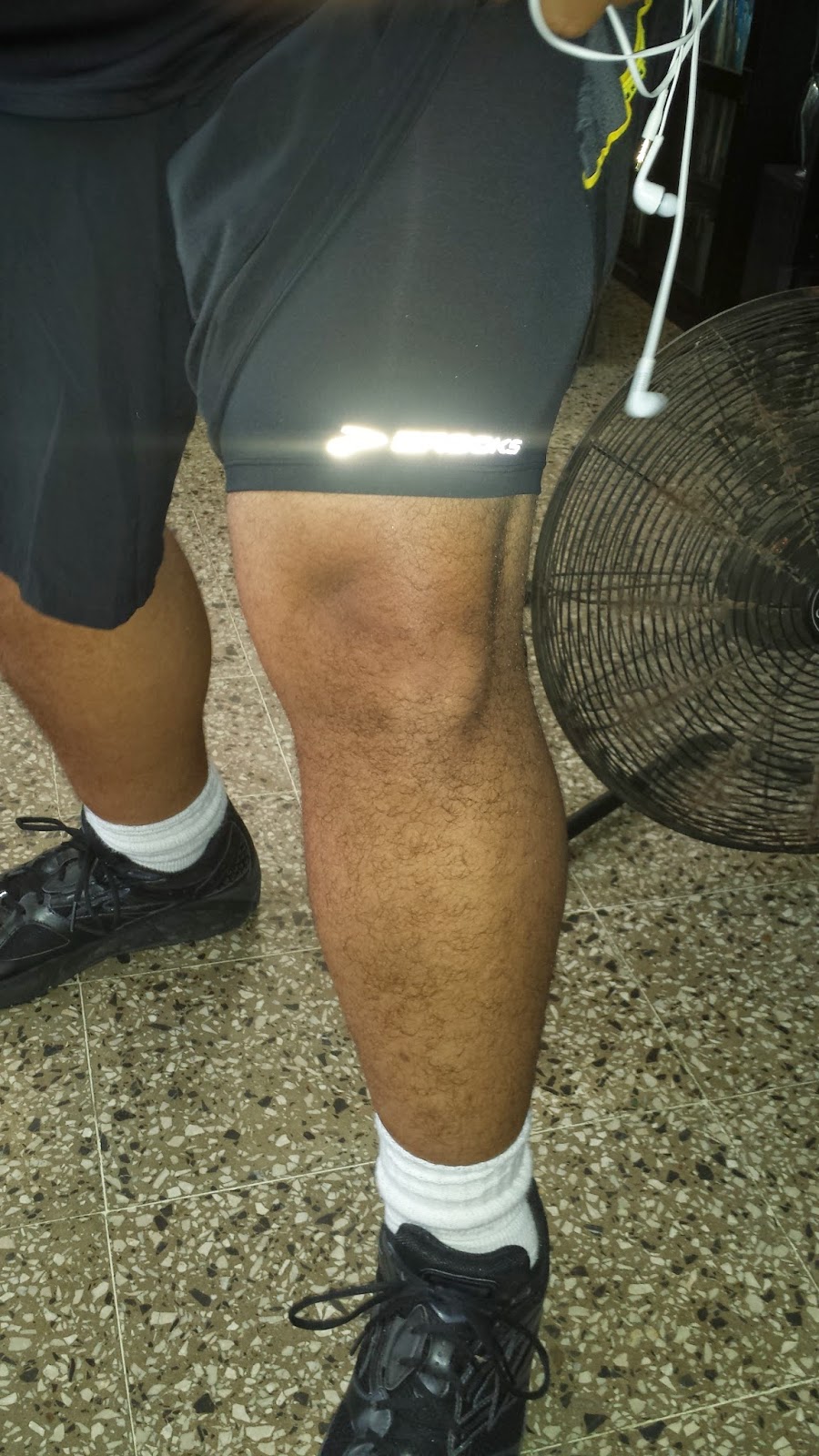 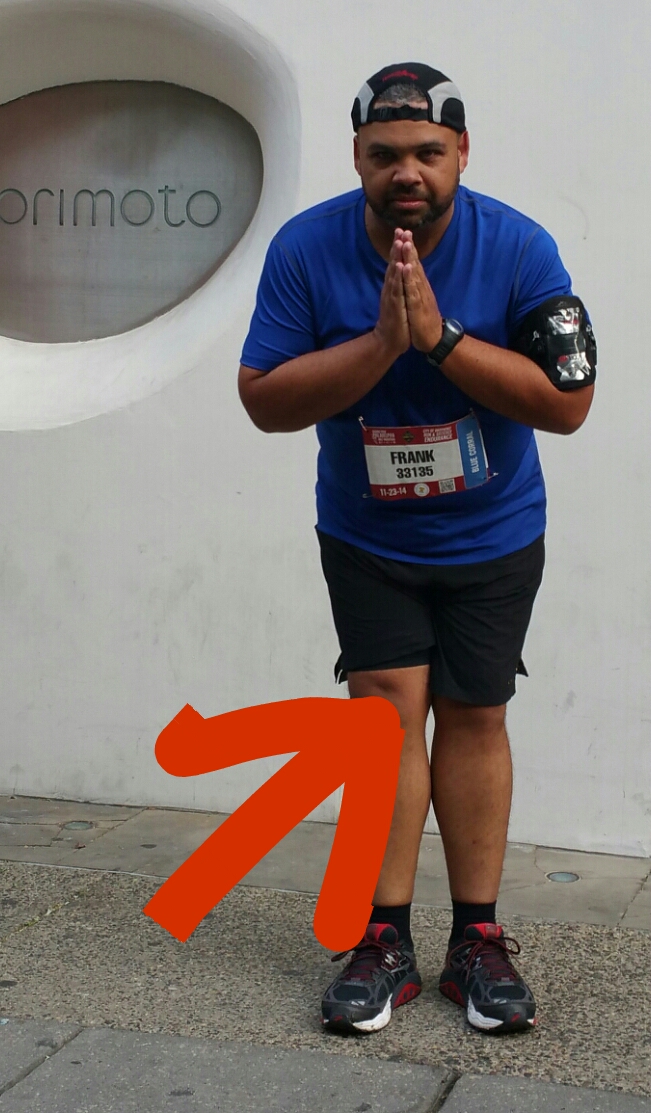 Maybe I can start a trend so this "creeping thigh" look becomes the "thing".

It's not uncomfortable but it is annoying. And the little dance I gotta do while running to get them to come back down... Truly a sight to behold. I'm gonna call it the Fat Runner Shimmy. I can't seem to catch a break.

And here we are. This, much to my dismay, is the running out fit that works for me. Comfy and problem free, whether I want to admit it or not. 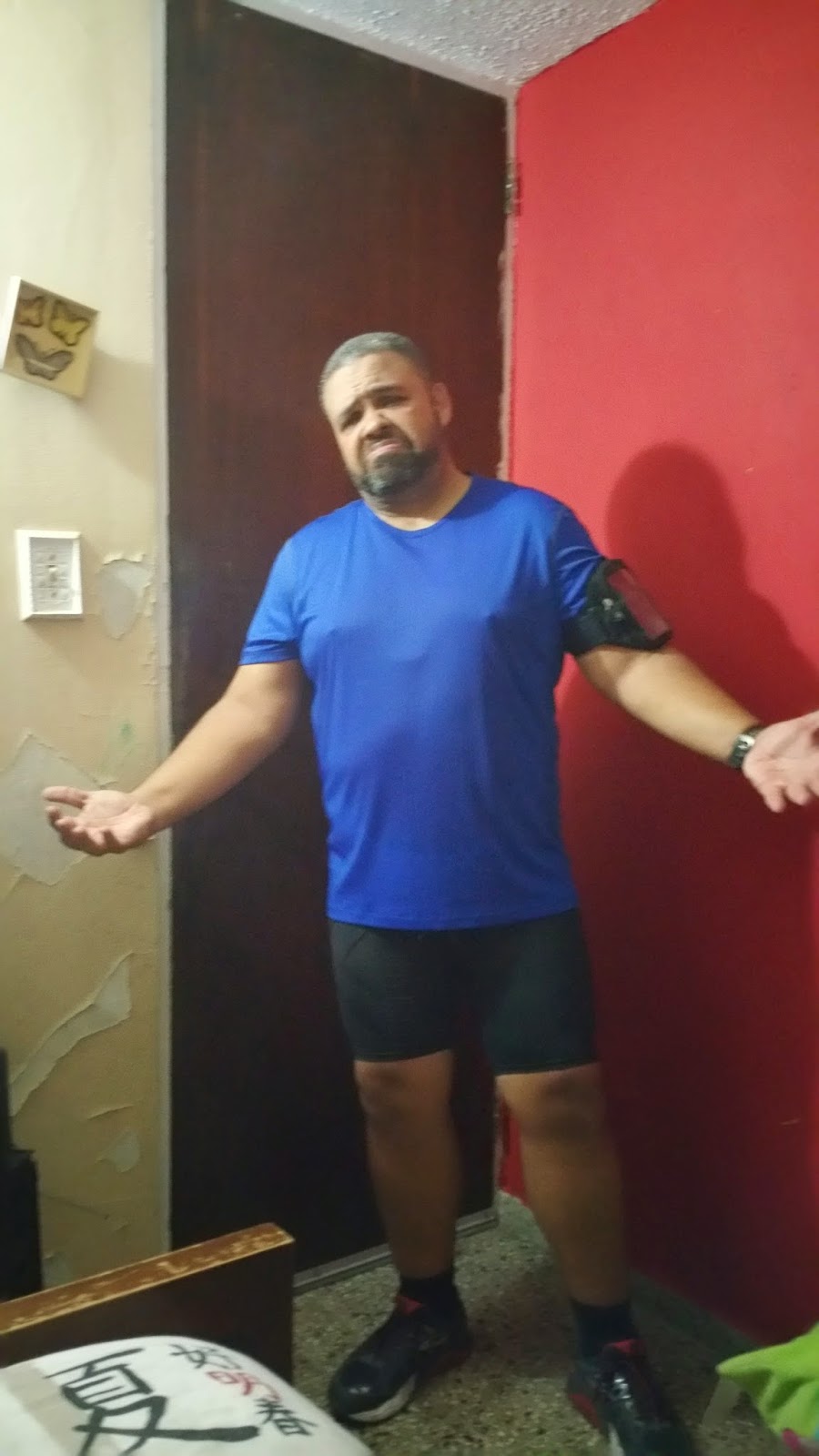 Those are compression shorts from 2XU with the shirt I wore for the Phily Half and my trusty Beasties. With this combination I can run for miles and miles trouble free.

So you're probably thinking, "OK Frank, so it is what it is. Get over it and move on." Right? Why fret over it? Well, I fret over it because this is just a preview of coming attractions people. At some point during the summer, I'm gonna have to figure out a way to get into one of these...
Isn't that gonna be a pretty picture.
Posted by Unknown at 8:25 PM